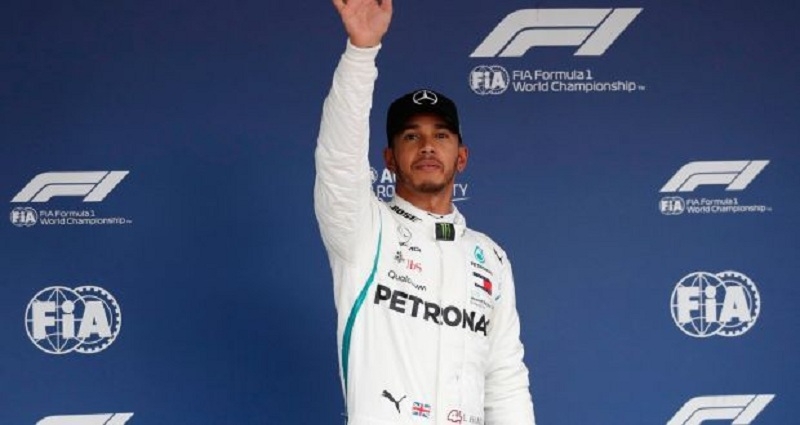 Suzuka (Japan): World champion Lewis Hamilton roared to pole position for the Japanese Grand Prix as Ferrari rival Sebastian Vettel slumped to eighth after a horror showing in Saturday’s qualifying.  Lewis, who leads Vettel by 50 points with five races left this season, led a Mercedes front-row lockout and will start as the hot favourite to tighten his stranglehold on the Formula One championship in Sunday’s race at Suzuka.

The Briton’s record-extending 80th career pole never looked in doubt after his rampant form in completing a clean sweep of free practice earlier in the day. “I can’t believe I have 80 poles,” said Hamilton, who has won five of the last six races.“Never in a million years did I think I’d get 80. When it comes to being under pressure and making the right decisions, that’s why we are the best team in the world.”

Ferrari’s decision to begin the top-10 shootout on intermediate tyres instead of super-softs backfired spectacularly as the rain they expected held off just long enough for Hamilton to set a fastest lap of one minute, 27.760 seconds — three-tenths quicker than team-mate Valtteri Bottas. Vettel skidded off twice in his desperation to set a time and his starting position will be his lowest of a season which began so brightly but looks like ending in bitter disappointment.