Lessons from Hawaii: Polynesian Paradise of the Pacific A visitor to Hawaii is awe-struck by its sun-kissed beaches, turquoise lagoons and volcanic terrain. Eleven of the world’s thirteen climatic zones can be find on the Big Island in Hawaii. Amidst all these wonders, the history buff in me surfaced repeatedly, seeking an answer to a more fundamental question.

How were these remote islands in the middle of the vast Pacific settled by early man? When in the 15th and 16th centuries, European navigators like Columbus and Da Gama, Magellan and Cook found the New World, discovered sea routes to the east or circumnavigated the world, they were hailed as great explorers and pioneers. But what about the people of the Polynesian islands that had settled here centuries before the first white men claimed to have made these discoveries? What kind of ships and navigation tools did these people have to survive in journeys across the vast Pacific more than a 1000 years ago?

Curious, I take in my fill of the sandy beaches and the unending ocean, the fascinating Volcanoes National Park and the eerie lava flow, the mammoth Mauna Kea and the most perfect night sky, and I head out to the Imiloa Astronomy Centre at the University of Hawai’i in Hilo to find my answers. 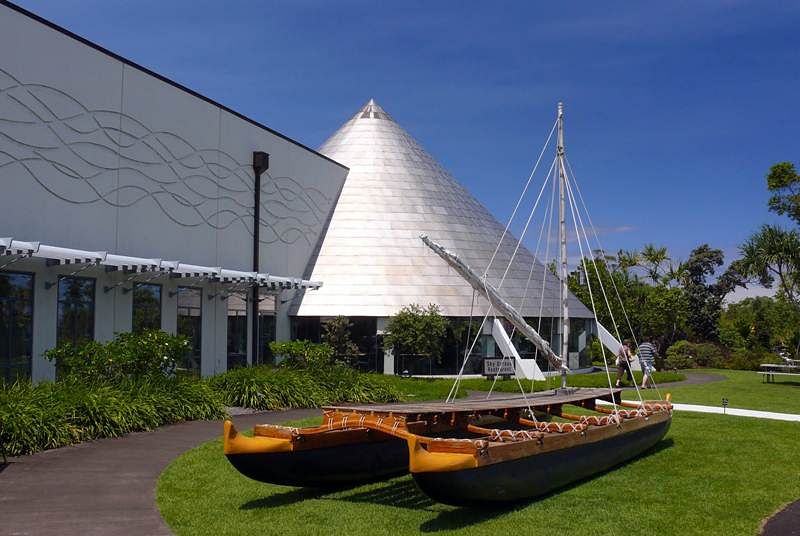 About 5000 years ago, it is said, seafarers left the southernmost islands of Indonesia and headed out into the vast ocean to its east. By about 1000 BC, descendants of these early seafarers had inhabited the islands of Samoa and Tonga in the mid-Pacific region. But it is only many years later i.e. sometime in the middle of the 6th century CE that these ancient seafarers are believed to have reached the islands of Hawai’i. Another wave of settlers reached the islands about four centuries later in large open double-hulled canoes that had carried their kin to various other remote islands of the Pacific.

However, the large Hawaiian open ocean vessel probably sailed around 1440 CE between the islands of Hawai’i and Tahiti. And with that, the long-distance navigation techniques of its ancient people were slowly forgotten. The attention of the settlers being diverted to more essential matters of survival, they began to build coastal canoes for transporting people between islands and for fishing instead of open ocean navigating vessels.

But their forefathers had superbly manoeuvred large double hulled voyaging canoes across thousands of miles of rough open ocean. These vessels had been capable of withstanding the severest weather and they possessed capacious barges with wooden planks corded and caulked upon strong wooden frames and they sailed carrying ample sail. 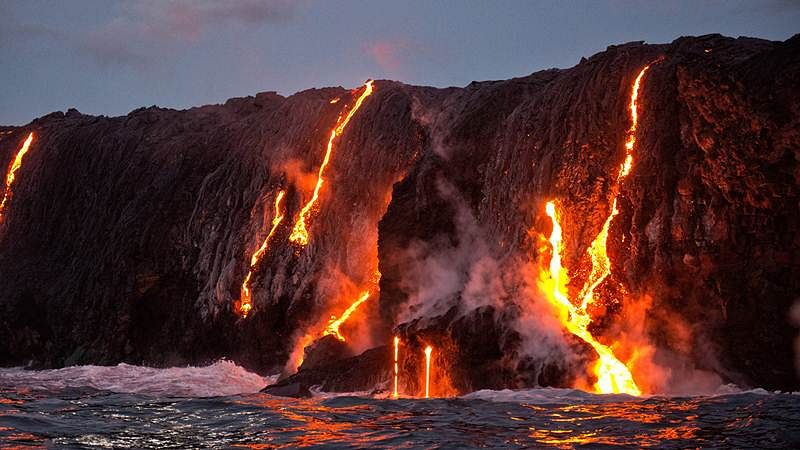 They had keenly watched and studied the skies and had knowledge of the stars, constellations and the prominent planets which guided them across the unknown oceans. Aware of the elliptical orbit of the earth and the position of the equator, they were also keen observers of the winds and currents and watchful of the ocean drifts and the flights of birds, which they used to their advantage.

But slowly, the Hawaiians lost their long-distance voyaging crafts and skills and were building smaller coastal canoes that were propelled by paddles and sometimes by the wind. The hull of these canoes was made from a native hardwood called koa while plaited leaves made up the sails and coconut fibre was used for cordage. As the Hawaiian Islands had no metals, logs for these canoes were cut with tools made of basalt, the hard, volcanic rock that was plentifully available here. The descendants of the early navigators that had chartered unknown oceans were skilled coastal sailors but they rarely thereafter ventured out-of-sight of land.

As a result, when in the early 20th century, the Hawaiians sought to recover the lost knowledge about their ancient navigation techniques, they were compelled to look toward other Polynesian and Melanesian islands with whom they shared a remote past to help them reconstruct their own history. The inputs of people of the Taumako islands in the Pacific who happen to be the last Polynesians to build canoes and navigate the open seas by traditional methods proved vital in the Hawaiian attempt to reconstruct their past. The Polynesian islands comprise about 1000 islands across the central and southern region of the Pacific. The people of this region share several common cultural and linguistic traits. Some of the other islands include Samoa, the Society islands, Cook Islands and New Zealand. Hawai’i marks the northernmost point of the Polynesian triangle. All these islands were settled by these early navigators with sturdy ship building methods, sharp navigation techniques and incredible will power.

When Captain Cook landed in Hawai’i in 1778, it had been centuries since these early settlers had chartered the vast unknown waters of the Pacific. In fact, it was on one of the Hawaiian Islands that Cook was killed over a skirmish with the indigenous people. While we know not the names of the ancient mariners and navigators who settled the Polynesian islands thousands of years earlier, every child knows the names of European explorers like Columbus and Vasco da Gama.

Our perception of terms like primitive and modern, savage and civilized and the corresponding associations we make are shaped by the history we are taught and more importantly, by that which we are not. A visit to Hawai’i opens one’s soul to not just the blue skies and the vast ocean but also to the realisation that our understanding of the world is shaped by multiple layers of subtle conditioning.

HomeCmcmLessons from Hawaii: Polynesian Paradise of the Pacific