Language: A tool of communication 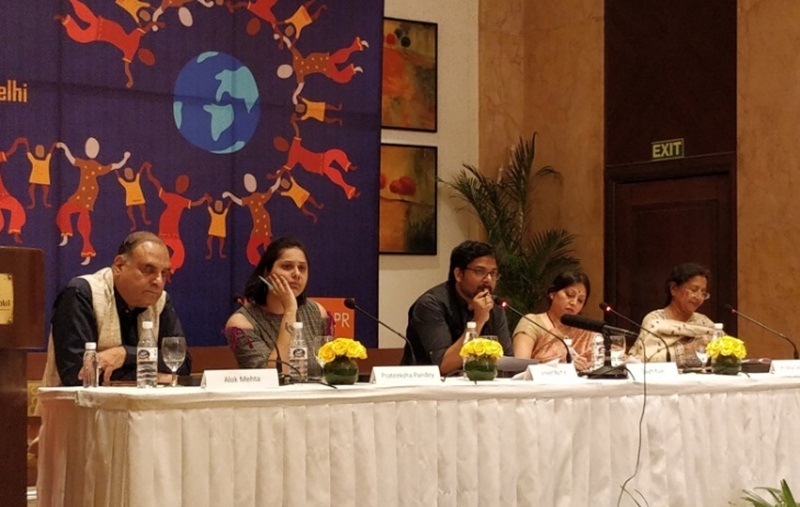 New Delhi: Language is defined as a method of human communication but what happens when that language embraces diversity and when media is playing the role of catalyst in it. This role of media in linguistic diversity was discussed in one of the sessions of  a day-long media workshop on diversity and inclusion organised by High Commission of Canada.

Introducing the session to a group of working journalist, Media critic and author, Vineet Kumar said that there are more than 700 forms of channels of communication and type of the language that they use, is insensitive. He stressed that there is so much violent language and sexist comments on media today. “In practise, mainstream media is trying to demean the words and lingo,” Kumar added. The intensity of a message is lost in all the noise, he pointed. “They are killing the valve of the words.”

“Learn a new language and get a new soul,” is a famous proverb. But with languages evolving, the question remains how to keep a language from losing its essence.

Adding to this, founder of Bhaashaa Foundation Swati Raje claimed that there was a point in society where two languages co-existed and nurtured the society. “In 1990s the picture changed due globalisation and technology,” Raje stated keeping in mind Maharashtra.

“The urban population started moving away from letters slowly and the sensitivity of the population started decreasing in various ways,” Raje added. University of Delhi, associate professor, Shobha Satyanath painted a different picture of language. She said, “Urbanisation does two things— it erodes diversity and it contributes to diversity.”

Meanwhile, Raje agrees with Kumar on the fact that language is not merely an expression of one’s thought but it touches your soul and heart. “It affects your persona as a whole,” Raje added. Satyanath believes that people have to look at language as social life and how it affects human life. “Numerical strength is not an indicator of languages health,” pointed Satyanath.

The Lallantop’s Prateeksha Pandey added, “Gradually in the last 10-15 years, language has changed.” She stressed there are languages that print maintains, channel maintains and even web for that matter. Through her platform— The Lallantop, they tried to bringing in spoken Hindi into written Hindi. A seasoned media professional with over four decades of experience in journalism stated that Delhi is not India and

India is more than that. He pointed that media cannot be very conservative in terms of language as the country tries to preserve its language and dialects.