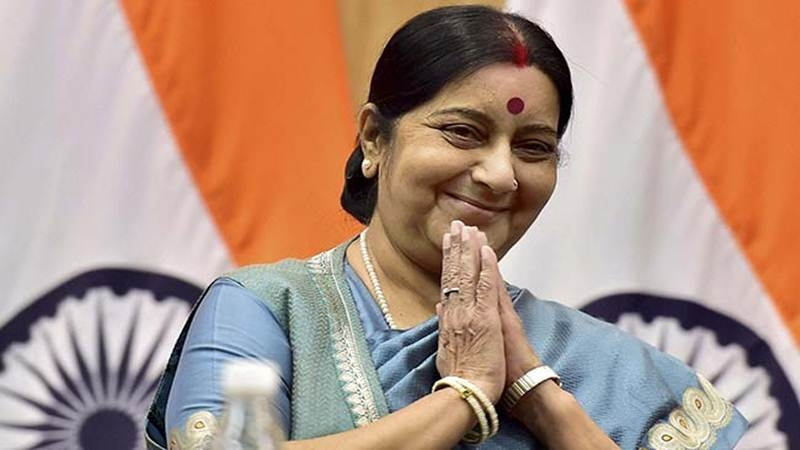 During the event attended by Indian community, Kuwaiti singer Mubarak Al-Rashid recited Mahatma Gandhi’s favourite bhajan ‘vaishnav jan to tene kahiye’ which touched the heart of Sushma Swaraj. She was mesmerised after listening to the song and applauded Mubarak Al-Rashid for singing the same effortlessly.

“The two songs from Bollywood he previously chose were very difficult. But he just sang it so effortlessly and with ease. I was so pleasantly surprised by the way he sang. And he sang – ‘Vaishnav Jan To’ without even having any paper. The fact that he still remembers has made all of us proud,” Swaraj was quoted as saying by ANI.

As for Rashid, he was equally thrilled. “I am very happy to be invited by the Indian Embassy for today’s event. I am proud that I could sing Mahatma Gandhi’s favourite bhajan ‘Vaishnav Jan to Tene Kahiye’ in front of Indian EAM Sushma Swaraj,” he said.

Have a look at the video where singer Mubarak Al-Rashid is singing the above mentioned song during the event.