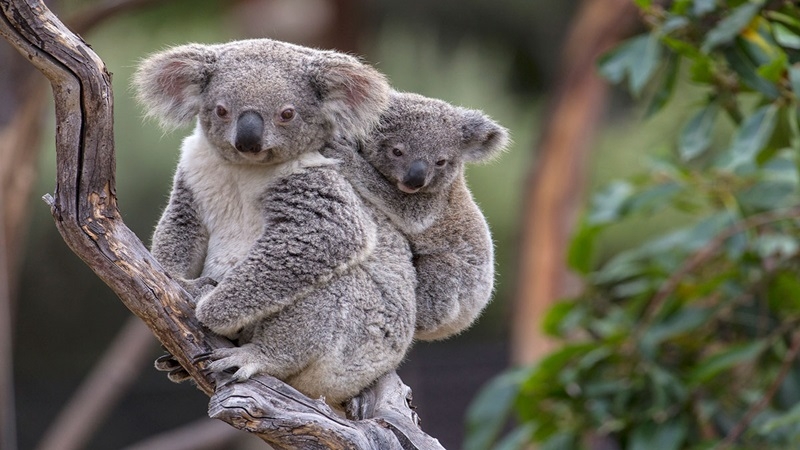 Canberra: The koala population in Australia’s of New South Wales (NSW) state may face extinction by 2050 if the current rate of tree felling is maintained, the World Wide Fund for Nature (WWF) warned on Friday. The WWF said in a new report that since the repeal of the NSW Native Vegetation Act in August 2017, the forest clearing rate has tripled to a total of 20,258 acres in the north of the state, reports Efe news.

According to the WWF, this may have led to the destruction of the habitat of 247 native species, including the koala, an iconic native Australian marsupial that has been designated as vulnerable to extinction under commonwealth and state law. “WWF-Australia estimates there are likely less than 20,000 koalas left in NSW and at the current rate, they are on track to be extinct in the state by as early as 2050,” said WWF-Australia conservationist Stuart Blanch in a statement.

“The NSW government is responsible opening the flood gates to the destruction of koala forests and woodlands on a scale we have not seen for more than 20 years,” added Nature Conservation Council CEO Kate Smolski. Last year, the WWF warned that the felling of trees reduced by 53 and 26 per cent respectively the koala population in the eastern states of Queensland and NSW.

The koala, which in Aboriginal language means “no water” – referring to the fact that 90 per cent of its hydration comes from the eucalyptus leaves it eats, is considered a vulnerable species in Queensland, NSW and in the Australian Capital Territory. Since European colonization, koalas, which have been living in Australia for 25 million years, have lost their habitats as a result of urban, agricultural and mining development, climate change, and the commercialization of their skins until the 1930s.

In some areas, koalas have also died due to chlamydia, a bacterium that causes injuries to the genitals and eyes, causing infertility and blindness, slowly consuming them to death. The koala, which is particularly sensitive to any change in the environment, spends about 20 hours a day sleeping or resting, and uses the remaining hours to feed on leaves of several species of eucalyptus.