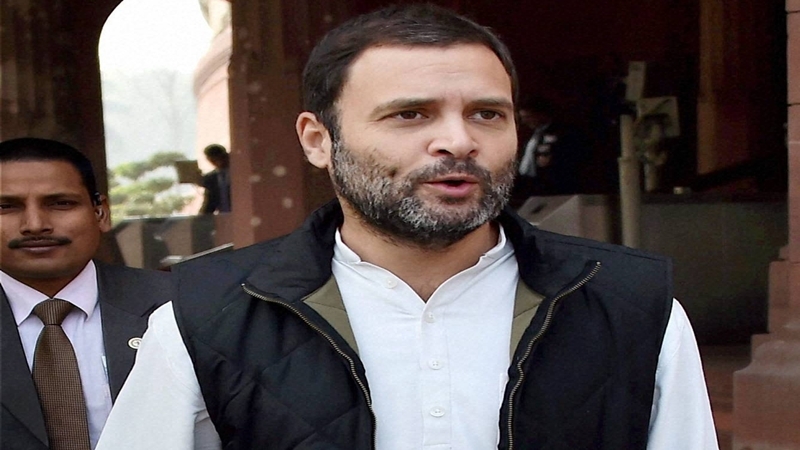 New Delhi: Congress leader Rahul Gandhi today took a dig at Narendra Modi over the Khadi Village Industries Commission (KVIC) replacing the image of Mahatma Gandhi with that of the Prime Minister in its wall calendar and table diary for 2017.

“The Mangalayaan effect,” the Congress Vice President tweeted, implying that Modi was trying to take credit for the promotion of khadi and village industries, an idea which had been close to the heart of the Father of the Nation, as he had allegedly done after India’s spacecraft Mangalayaan landed on the Mars.

When India had became the first country in the world to land its spacecraft Mangalayaan on the Mars in its first attempt, Gandhi had alleged that Modi tried to take the credit for it when all the work on the ambitious project was initiated by his predecessor Manmohan Singh.

Employees and officials of KVIC have opposed the move to exclude the image of Mahatma Gandhi from the cover of calendar and diary that show Modi weaving khadi on a large charkha, in the same classic pose as Gandhiji’s.