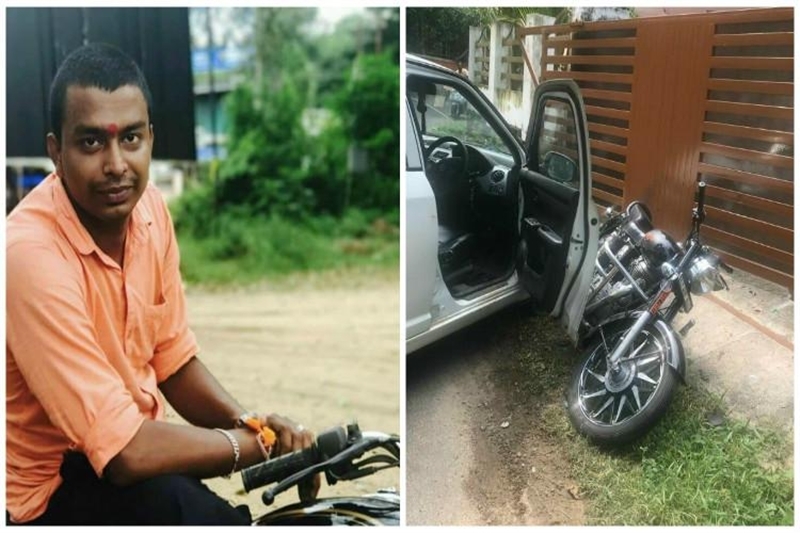 Guruvayur: A RSS worker was hacked to death, allegedly by CPI(M) workers at Nenmeni in the temple town on Sunday afternoon, police said. The victim, Anandan,(23), was riding a motorcycle when he was attacked by the CPI(M) workers in a car. Though he was rushed to hospital, his life could not be saved, police said. Anandan, hailing from Brahmakulam, was an accused in a case relating to the murder of a CPI(M) worker in 2013.

BJP has alleged that as many as 120 BJP workers, 84 in Kannur alone, have been killed in Kerala since 2001. It has claimed that 14 of these killings have taken place since Chief Minister Pinarayi Vijayan took over the reins of the government last year. The CPI(M) has in turn, accused BJP and RSS of resorting to violence and denied the involvement of its government and leadership in political killings.