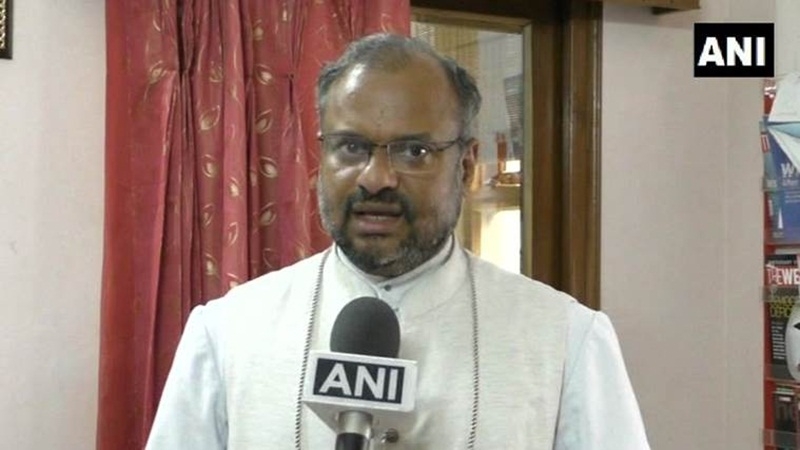 Kottayam(Ker): Bishop Franco Mulakkal, facing probe over allegations of rape by a nun, has handed over his administrative responsibility of Jalandhar diocese to a senior priest. “In my absence Msgr Mathew Kokkandam will administer the Diocese as in the normal practice when I am away from the Diocese,” Bishop Mulakkal said in a circular.

The circular was issued on September 13, a day after the Kerala Police had asked him to appear before the investigating team on September 19. The decision to summon the clergyman was taken after a meeting chaired by Sakhare, Inspector General (Ernakulam range), which was also attended by Kottayam District Superintendent of Police Harisankar and Vaikom Deputy Superintendent of Police K Subhash amid mounting pressure on police to initiate action against Mullakal.

In the circular, the bishop said there were “several contradictions” in the evidences collected against him by the police probing the case. “I leave everything into the hand of God as I await the result of the findings of the team probing the allegation,” he said in it.

A copy of the circular was made available to the media here. The nun had recently sought urgent intervention of the Vatican for justice and demanded the bishop’s removal as the head of the Jalandhar diocese, questioning why the church was “closing its eyes to the truth” when she had mustered courage to make public her suffering.

She alleged that Bishop Mulakkal was using “political and money power” to “bury” the case against him. The nun had accused the clergyman of sexually assaulting her repeatedly between 2014 and 2016. The bishop had, however, dismissed the allegations as “baseless and concocted”, insisting she levelled those as the catholic order had rejected her demand for favours.