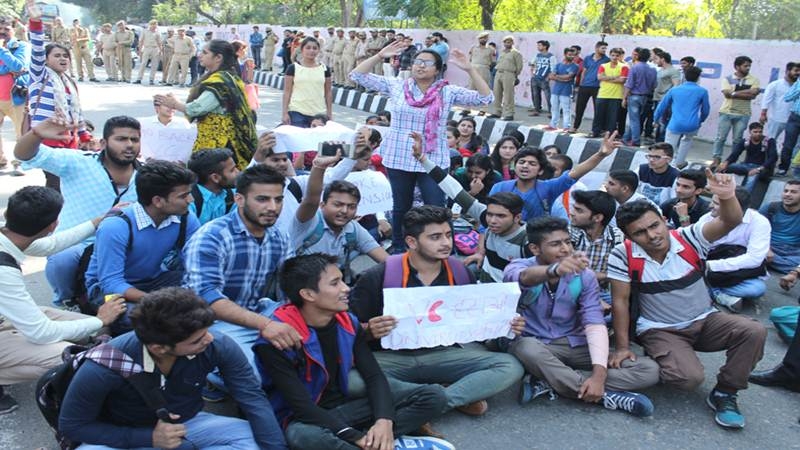 “Few Kashmiri in this hostel were raising anti-India slogans. This is not the first time that this has happened. We tried to sort things out but they are adamant,” said a protester.

“Few students raised pro Pakistan and Anti-India slogans, we tried to stop them but they did not. Moreover they said that 17 was a less number more of your army men should have died. This is why we are now protesting,” said another protester.

18 soldiers were killed in a militant attack in Uri area of Baramulla district earlier this month on 18 September. It has been reported as “the deadliest attack on security forces in Kashmir in two decade

Militants stormed an Army camp in Uri near the Line of Control (LoC) and carried out the attack.