Karva Chauth: Not tradition but love 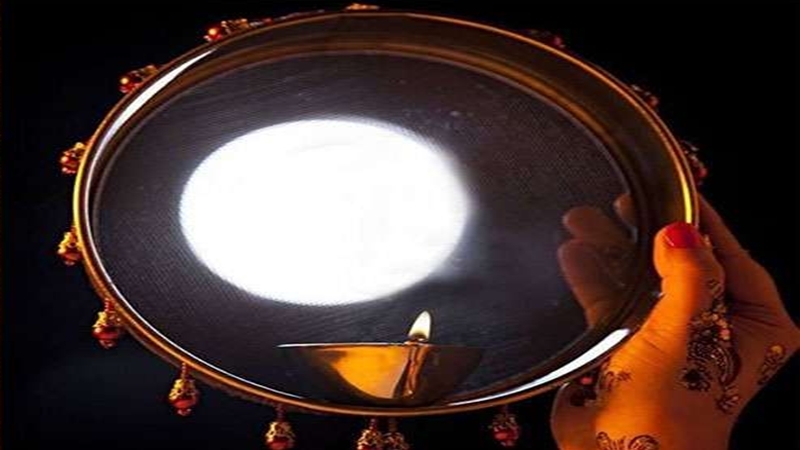 Four days after the glorious full moon of Kartik, festivity pervades the pre-winter air… It heralds Karva Chauth – karva translates as pot, while chauth stands for the fourth day of the dark-fortnight of the month of Kartik. Today is the day when women, especially in northern India, undertake a fast from sunrise to moonrise for the safety and long
life of their husbands.

The origin of this one-day festival could have its roots in times when womenfolk would pray for the safe return of their husbands, who would leave on battle. Another belief is that the fast could have originally been a prayer for a good harvest, as the earthen pots in which grains are stored are also called karvas. Yet another belief has it that it signifies a woman befriending another woman for life, who is married into the same village but is not directly related to her in-laws.

On this day, women are known to visit each other and exchange karvas or earthen pots which are decorated and filled with bangles, ribbons, sweets and other treats.

Over the years, Karva Chauth has faced its share of criticism, with many denigrating it as an archaic practice that is unfair to women. Interestingly, a recent survey conducted, revealed that a majority of Indian women said they fast during Karva Chauth as an expression of love, and not because of tradition or societal pressure. As to the argument about whether men should reciprocate the gesture, 75% of women maintained that they would want their partner to fast along with them. Even better, a thumping 92% men said they would want to reciprocate the gesture!

Many are doing it already – Amitabh Bachchan and son Abhishek are known to join their womenfolk every year in keeping the Karva Chauth fast. Considering it was Karan Johar who made Karva Chauth oh-so-desirable in his films, maybe it’s time he showed the tradition in its new and more equitable light. A man and woman looking through the sieve for their first glimpse of the moon… It’s all about loving your spouse, after all, what’s gender got to do with it?!