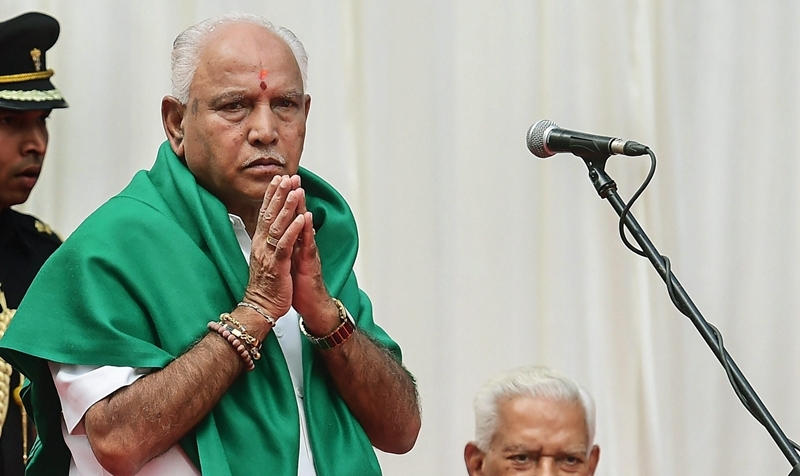 Bengaluru: Addressing his first press conference after taking over as the 23rd Chief Minister of Karnataka, Bs Yeddyurappa on Thursday exuded confidence about proving majority in the state assembly.

“Wait till tomorrow or day after tomorrow,” Yeddyurappa said when asked about the Bharatiya Janata Party (BJP) proving majority in a floor test to be conducted in the House at the end of this month.

BJP MLA B. Sriramulu claimed that independent MLAs were in touch with his party.

“Independent MLAs are in touch with us. I’m sure we will be able to prove our majority,” he told ANI.

Results of the Karnataka Assembly polls announced on Tuesday evening showed that the BJP had won 104 seats, emerging as the single largest party, while the Congress and JD(S) bagged 78 and 37 seats, respectively. Soon after, the Congress announced that it would support the JD(S), taking their total seat share to 117, thus resulting in a fractured mandate. However, Karnataka Governor Vajubhai R. Vala on Wednesday invited Yeddyurappa to form the next government in the state.

“You have been elected as the leader of the BJP legislative party of Karnataka. I am also in receipt of your letter dated May 15, 2018, staking claim to form the government. I invite you to form the Government and be sworn in as the Chief Minister of Karnataka,” the letter read.

Furthermore, Vala directed Yeddyurappa to seek a vote of confidence on the floor of the House to prove his majority within fifteen days from the date of his assumption of office as chief minister.