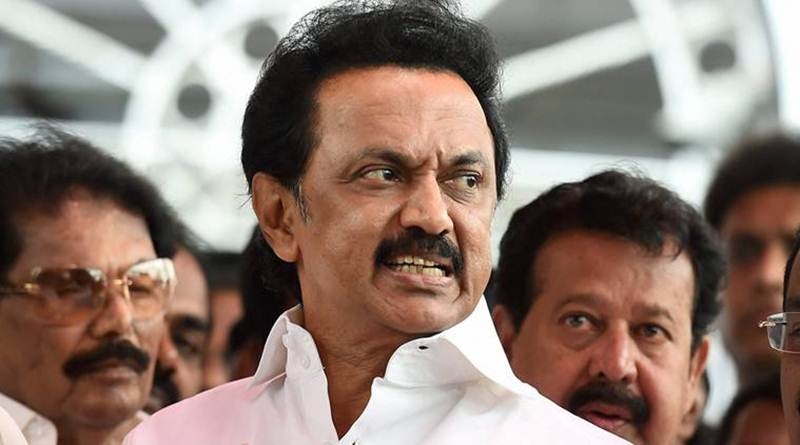 Chennai: Dravida Munnetra Kazhagam (DMK) President MK Stalin on Thursday said that Prime Minister Narendra Modi has misused the office of the Governor to form the government in Karnataka.

“All of us saw how Prime Minister Narendra Modi misused the office of Governor in Tamil Nadu. The same has been done in Karnataka. This is totally against democracy and rule of law. We condemn it,” said DMK President MK Stalin.

In the recently concluded elections in Karnataka, BJP won 104 seats and emerged as the single largest party, while the Congress and JD(S) bagged 78 and 37 seats, respectively.

The Karnataka Governor Vajubhai R. Vala on May 16 invited Yeddyurappa to form the government after it emerged as the single largest party with 104 seats. Along with one independent MLA, the BJP has staked the claim at forming the government. However, they are still short of the halfway mark of 112 by seven MLAs and have been given 15 days to prove their majority in the Karnataka assembly. Whereas, the Congress-JD(S) alliance has a majority with 115 MLAs.