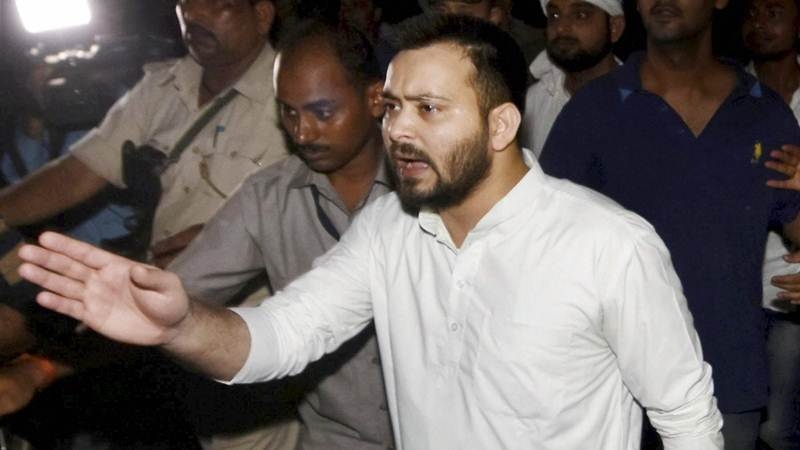 Amid drama over Karnataka government formation, the Congress party and Rashtriya Janata Dal (RJD) have planned to stake claims to let the grand old party form the government in the states, citing the example of what happened in Karnataka.

“In 2017, we won 17 seats and were the single largest party and continue to be so, but the Governor chose to invite the BJP which had just 13 seats. In Karnataka, Governor invited BJP to form the government on the premise that they are the single largest party. Therefore, the Goa Governor too should invite us to form government because we are ready to prove our strength on the floor of the house,” Goa Congress spokesperson Yatish Naik said at a press conference here.

Naik also said that the state has been without a leader for over two months now, given that Chief Minister Manohar Parrikar has been away from work due to poor health.

“Anyway for the last two months, this is a headless government. Chief Minister is nowhere to be seen, the state is leaderless, and moving in a directionless fashion. Before he went, he constituted a Cabinet Advisory Committee (CAC) which is unheard of. There are three ministers in it and we have seen that it has been rendered to be a pure farce,” he said.

He added that there have been no cabinet meetings and no decisions are being taken in Goa as the CAC is not a substitute to the Chief Minister.

“We would be holding a one-day dharna tomorrow against the murder of democracy in Karnataka. We also request the Bihar Governor to dissolve the state government and like in Karnataka, invite the single largest party, which in Bihar is the RJD,” the tweet read.

Then why should we not be called to form government in Bihar?

In another tweet, Yadav said, “I will meet Honourable Governor of Bihar along with MLAs as we are single largest party of Bihar.”

I will meet Honourable Governor of Bihar along with MLAs as we are single largest party of Bihar.

The RJD holds 80 seats in the 243-seat Bihar Assembly, whereas the ruling coalition parties Janata Dal (United) and the BJP hold 70 seats and 53 seats each respectively, totalling up to 123 seats.

Yadav’s statement comes after the Karnataka Assembly elections, wherein the single largest party was invited to form the government instead of the coalition parties that together formed the majority.

Following the results of Karnataka Assembly elections, Governor Vajubhai R. Vala on May 16 invited BJP’s BS Yeddyurappa to form the government after it emerged as the single largest party with 104 seats. Along with one independent MLA, the BJP has staked the claim at forming the government.

However, they are still short of the halfway mark of 112 by seven MLAs and have been given 15 days to prove their majority in the Karnataka assembly. The Congress-Janata Dal (Secular) alliance, on the other hand, has a majority with 115 MLAs.