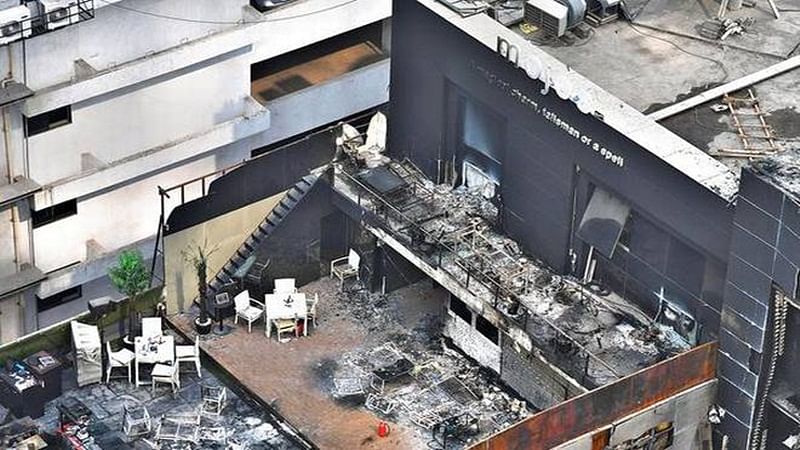 New Delhi: The Supreme Court today refused to grant bail to Yug Tuli, the co-owner of Mumbai’s Mojo’s Bistro restaurant and an accused in the December 2017 fire incident there which had claimed 14 lives. The top court, however, granted liberty to the 28-year-old businessman to file a fresh bail petition before the trial court after three months. A bench of Justices L Nageswara Rao and M M Shantanagoudar heard Tuli’s petition challenging the order of Bombay High Court denying him bail on merit and disposed it of.

On the fateful night, a massive fire had swept through two resto-pubs at the Kamala Mills compound in central Mumbai, resulting in the death of 14 people. At the outset, senior advocate Mukul Rohatgi appearing for Tuli, said no case of criminal negligence has been made out against him as the tragedy occurred due to the “mistake” of the staff at “1 Above”, the other restaurant that was gutted in the blaze on the intervening night of December 28-29 last year.

He said that as per the inquiry reports of the police as well as the Brihanmumbai Municipal Corporation (BMC), the fire was caused by the flying embers emanating from a ‘hookah’ being served illegally at Mojo’s Bistro. “None of the customers or guests at the restaurant had died in the incident,” Rohatgi said, adding that the manager of the restaurant and the hookah supplier have got bail in the case.

Standing counsel Nishant Katneshwar, appearing for Maharashtra government, opposed the bail plea of Tuli and said if he was enlarged on bail, he may try to influence the witnesses. He said there was gross negligence on the part of Tuli and all the other accused. On May 1, the apex court had refused to grant interim bail to Tuli, till his regular bail application before the Bombay High Court was decided. The high court had on April 27 rejected his bail plea saying it will pass a detailed order later.

Tuli, who was arrested in mid-January, had approached the high court after his bail plea was rejected by the sessions court on April 11. Tuli had claimed that he had no role in the day-to-day operations of the hookah parlour. A total of 14 persons were arrested in the case and booked under various sections of the IPC, including those related to culpable homicide not amounting to murder and causing death by negligence. The accused include the owners of the Kamala Mills compound, Mojo Bistro and ‘1 Above’, besides two BMC officials.