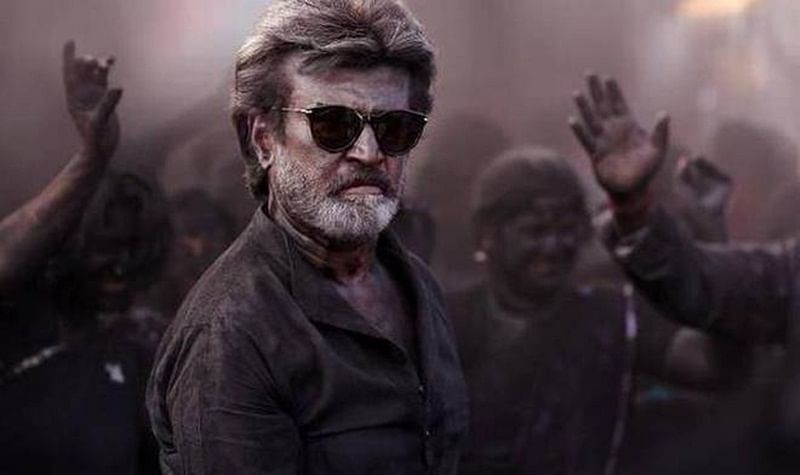 Mumbai: In what could be perceived as a shocking setback to the Rajinikanth legend, his latest release “Kaala” has opened to an underwhelming response. It is one of the lowest-recorded openings in recent times for a Rajinikanth starrer.

What gives? Actor-activist Vishal Krishna who heads the Tamil Nadu Films Producers’ Council (TFPC) says it’s too early to make any predictions. ‘Kaala’ has been unnecessarily embroiled in the Cauvery controversy. How much this has affected the film’s opening, I don’t know. What I do know is that at the end of the day Rajini sir is Rajini sir.

“Any film of his evokes a massive response. The opening of ‘Kaala’ may be on the lower side — I haven’t found the time to check — because his last film with the same director (Pa. Ranjith) had not been appreciated that much.” However Vishal adds that “Kaala” may well surprise all the naysayers.

“Rajini Sir’s fan club is stronger than ever. And I am a member. They will ensure a smooth run for ‘Kaala’. Let’s not forget, this is the Ramzan week and a sizable chunk of the audience likes to refrain from watching films during this period even if it is Rajini Sir’s film. I intend to see ‘Kaala’ the soonest possible.”

Trade analyst Atul Mohan says that the buzz for this one is low despite having known faces from Hindi cinema like Nana Patekar, Huma Qureshi and Pankaj Tripathi .

“This may be due to some of the factors like a couple of postponements in release date, Ramzan period, particularly the week before Eid which is dullest for business, as next Friday the big film of Salman Khan releases. Rajinikanth is still a huge craze as the character Chitti of ‘Robot’ and fans are waiting for the sequel ‘ 2.0’.

“Also his last few films haven’t done well. The promos of ‘Kaala’ haven’t established a connect with Hindi audiences. It looks like a 1990s’ film. But we hope they have some great story to be shared which may be liked and the film does well,” said Mohan. Atul Mohan also warns about the competition.

‘Kaala’ has to compete with a Steven Spielberg franchise ‘Jurassic World’ which is a huge event. Also, a section of Rajinikanth’s audience is not happy with his entry into politics,” said Mohan.

Oscar-winning sound designer Resul Pookutty who has worked repeatedly with Rajini on “Ra.One”, “Robot” etc, agrees that Rajini’s politics could be a negative force in his career.

“I have not been following ‘Kaala’ release or its prospects, but I would imagine, the socio-political stand Rajini Sir has taken in the past one year people might have started looking at him differently from the demi-god that he used to be,” he said.