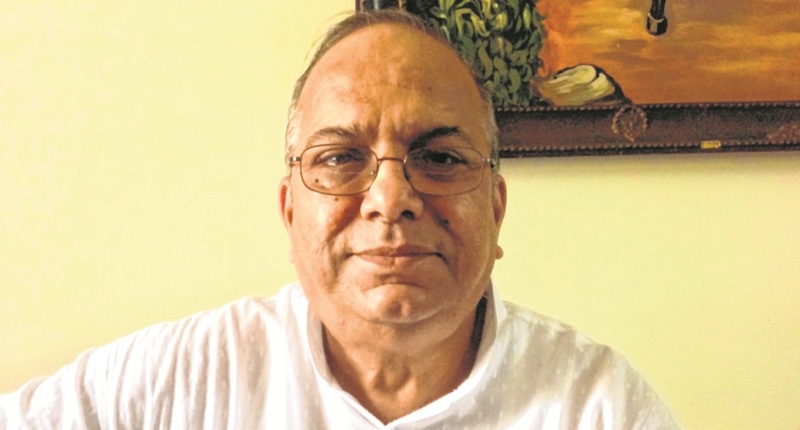 New Delhi: Retired judge A K Patnaik, who will supervise the CVC probe against CBI Director Alok Verma, was once a member of a constitution bench that is credited with giving new wings to the “caged parrot” by scrapping the need for the agency to take the government’s permission for acting against senior officers.

The provision Section 6 (a) was inserted in the Delhi Special Police Establishment Act, which governs the CBI, in 2003 during the regime of the NDA led by Atal Bihari Vajpayee. This made it compulsory for the CBI to take permission of the government to initiate any enquiry or investigation against officials of the rank of joint secretary or above. A constitution bench comprising justices R M Lodha, A K Patnaik, S K Mukhopadhaya, Dipak Misra and Ibrahim Kalifulla had struck it down in 2014, reports PTI.

Almost a year before that, another bench of the Supreme Court had come down heavily on the CBI while hearing a coal scam case and had said the probe agency had become a “caged parrot” speaking in the voice of its political masters. As top two officers of the agency were engaged in an unprecedented bitter feud, the apex court Friday reposed its faith in Justice Patnaik to supervise Central Vigilance Commission (CVC) inquiry into allegations against the CBI director levelled by his deputy, Special Director Rakesh Asthana. Born in 1949 in Orissa, Justice Ananga Kumar Patnaik had joined Supreme Court in 2009 where he gave some remarkable judgements during his five year tenure. According to reports based on an RTI response, he was superseded five times during 2007-09 before his elevation to the apex court on November 17, 2009.

Patnaik, as chief justice of Madhya Pradesh High Court, was also a member of ‘In-House committee’ of the apex court that probed allegations against Justice Soumitra Sen of the Calcutta High Court. He was part of the two-member Supreme Court bench which had commuted the death sentence of the American Centre attack mastermind Aftab Ansari and Jamulludin Nasir. Patnaik was also the member of bench which had acquitted six accused in the 2002 Akshardham temple attack in Ahmedabad. The powerful BCCI Chief N Srinivasan was asked by a bench led by him to step down in order to ensure a fair probe in IPL fixing allegations. He was made part of a two judge bench to hear all cases related to the 2G scam.

In one of the most significant orders, his bench had struck down Section 8(4) of the Representation of the People Act, which protected MPs, MLAs and other legislators during pending appeals against their convictions. A vocal critic of collegium system of elevation of judges, Patnaik after retirement had reportedly said in an interview that many “competent people” were ignored, while those closer to collegium members moved ahead as there was “no objective assessment” for the selections.