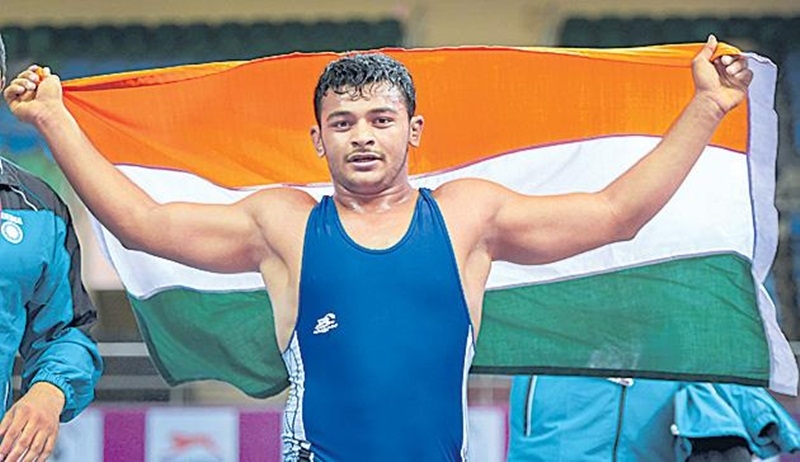 New Delhi: Indian wrestler Deepak Punia settled for a silver medal in men’s 86 kg freestyle category after being defeated 1-2 by Turkey’s Arif Ozen in the final match of the Junior World Wrestling Championship on Sunday.

Earlier, the Indian wrestler had thrashed Ivan Nedealco of Moldova 6-2 in the semi-finals to book his spot in the finals of the event. Punia had also clinched a gold medal for India in the Junior Asian Wrestling Championship which was held in July, this year.

Naveen Sihag, the another Indian in the freestyle category, had on Saturday bagged a silver medal in men’s 57 kg after losing the final bout 1-12 to Russia’s Akhmed Idrisov. In the women’s event, Mansi Ahlawat and Anshu Malik finished third on the podium in 57 kg and 59 kg category, respectively.