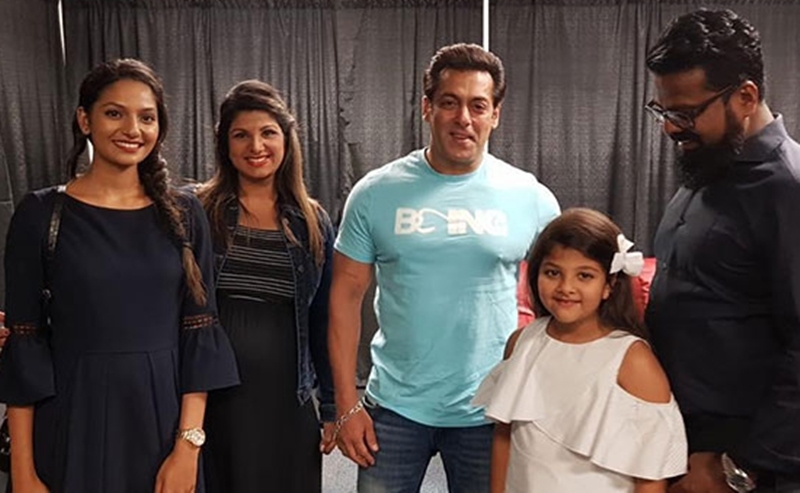 Bollywood buffs would be aware that Salman Khan and gang are currently setting the stages on fire in the U.S and Canada. The Da-Bangg troupe after finishing the performance in the U.S has now taken off to Canada for the final leg of their show. On the other hand, South superstar Rambha resides in Toronto and looks like she planned to have a ‘Judwaa’ reunion of sorts out there.

Rambha, who has co-starred with Salman Khan in ‘Judwaa (1997) and ‘Bandhan’, was super thrilled to meet her colleague who was in town. She along with her hubby Indran Pathmanthan and her elder daughter Laanya decided to visit the superstar. But along with him, she also bonded with the other actors who are a part of the tour. Knowing Salman Khan’s love for children, we were more than happy to see him bond with his co-star’s daughter and even posed with her photographs.

Besides that, yet another photograph that captured the perfect ‘Judwaa’ moment was when Rambha met Jacqueline Fernandez. The latter was a part of the remake of the 90s blockbuster featuring Varun Dhawan in place of Salman Khan. However, Jacqueline essayed the role played by Karisma Kapoor in the original whereas Taapsee played Rambha in the new version. 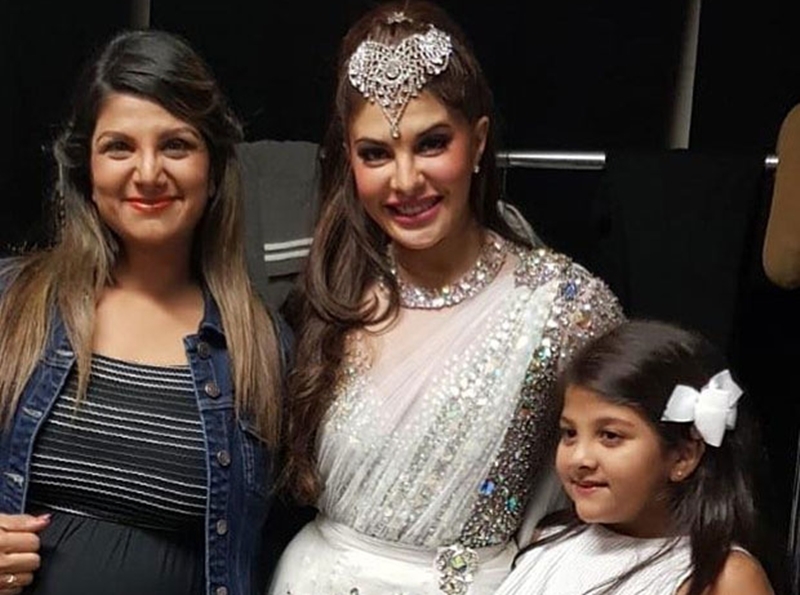 Rambha was also thrilled to reunite with her ‘Kadhala Kadhala’ co-star Prabhu Deva. While most of the actresses have given us glimpses of their Da-Bangg tour, we have rarely seen Prabhu Deva sharing pictures. But it seems that Rambha too was happy to meet her co-star with whom she has shared screen space in South films. 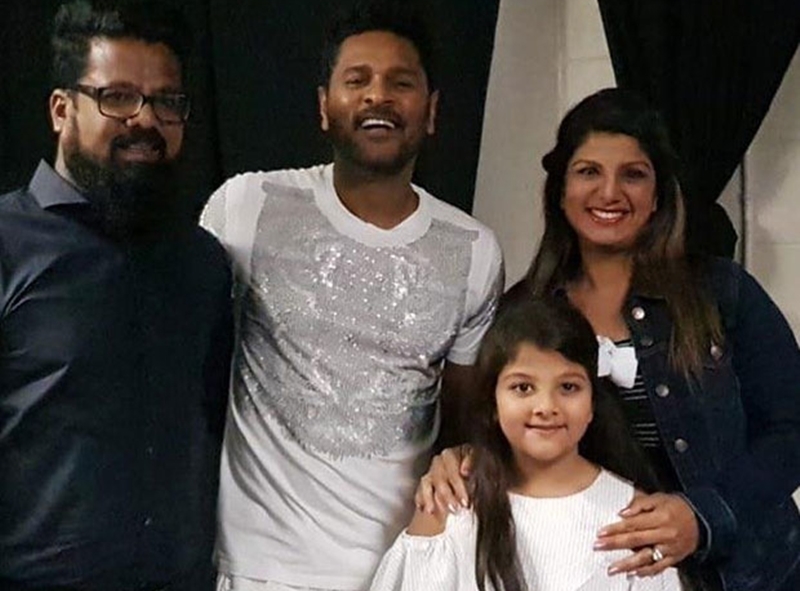 Apart from all these celebrities, Rambha also shared pictures with other actresses like Sonakshi Sinha and Katrina Kaif too. Here are a few glimpses of other pictures shared by Rambha about her recent meeting with her Bollywood friends: 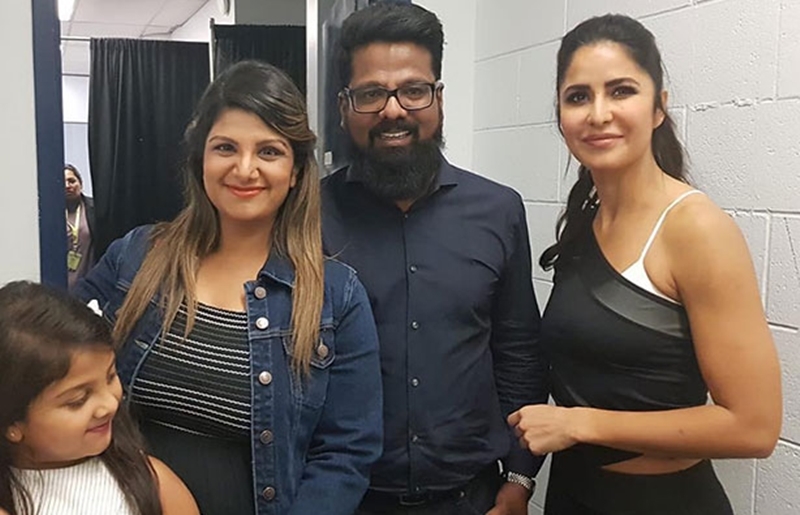 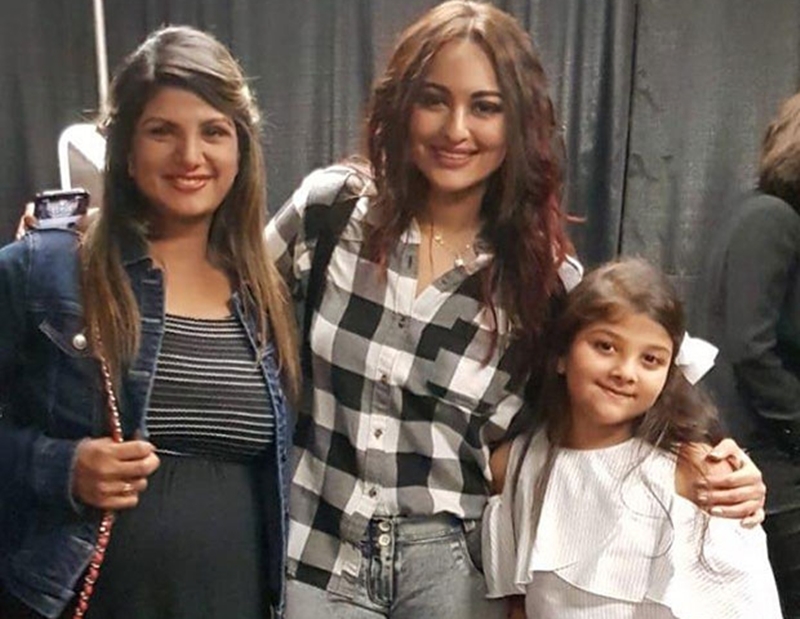