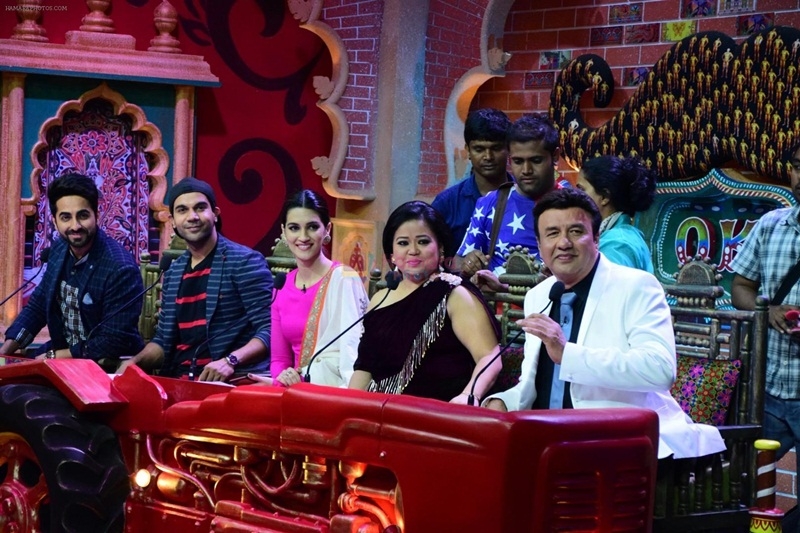 Launched here on Thursday, “Comedy Dangal” is an upcoming &TV show, which will bring together television personalities and stand-up comics in a face-off.

Asked if the show will see a dash of adult humour, Bharti told IANS: “It’s not there. You would see nothing like that in our show. It’s all about the current topics, including boyfriend, girlfriend and food. No adult humour.”

Stressing that the show is fit for family viewing, Bharti said: “The family is going to sit and watch it, so we avoid all that. But what other shows are doing, I don’t know and won’t talk about it.”

“Until now, it hasn’t happened and I wouldn’t endorse that because this show is going to be a family show. I want the family to sit and watch this together… Slightly touching it is okay, but major adult humour, I believe, we should go away from that. ‘Comedy Dangal’ is not going to touch that.”

“The episodes I have seen have had ideas which I have not heard before,” Malik told IANS here, adding that “there was no adult humour, words or jokes”.

Talking about his first TV show, Ganguly told IANS: “Stand-up in itself is a very anti-establishment thing. Basically, you can talk about anything you want to. Of course, there is a lot of things you can and cannot talk about in TV, but that also compels you to dig deeper into jokes.”

The stand-up comic says it’s a different experience for him.

Bhojpuri actress Monalisa, who was part of the controversial reality TV show “Bigg Boss”, says this is the different genre for her and that’s what makes it more exciting for her.

“I am really excited for this show. This is a different genre for me. I have done comedy in Bhojpuri films… Making people laugh is very difficult… This is definitely a challenge for me. I am very excited,” Monalisa told IANS here.

“Comedy Dangal” will begin on August 12.