Journalists should be free from fear of being violently attacked while doing job: US President Donald Trump 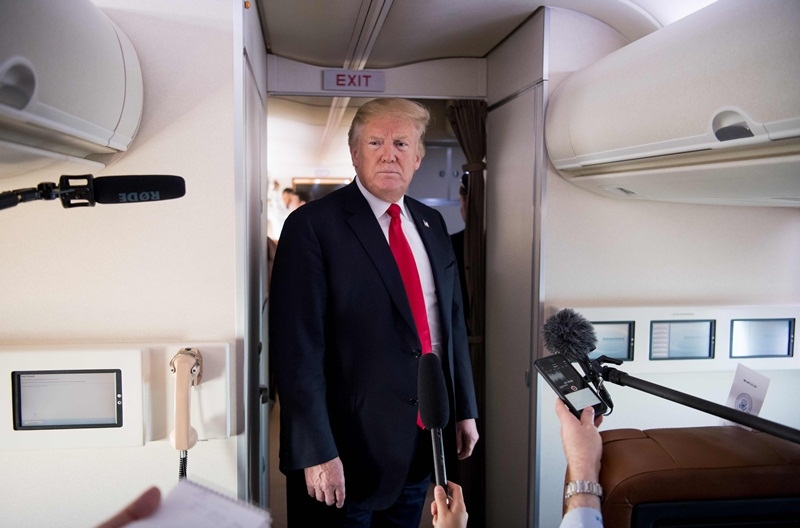 Washington: Journalists should be free from the fear of being violently attacked while doing their job, US President Donald Trump said on Friday, a day after a disgruntled man killed five persons including editors and reporters in a newsroom shooting of a newspaper in Maryland.

The shooting at the Capital Gazette newspaper in Annapolis, Maryland, nearly 50 km from Washington, that also injured three others, was the deadliest day for US journalism since 9/11 terror attacks. “This attack shocked the conscience of our nation and filled our hearts with grief. Journalists, like all Americans, should be free from the fear of being violently attacked while doing their job,” Trump said in his first public address after the horrifying shootout, the worst attack on journalists in the US in decades.

The attack comes amidst increasing anti-media sentiments in the US. “To the families of the victims: There are no words to express our sorrow for your loss. Horrible, horrible event, horrible thing happened. In your suffering, we pledge our eternal support. “My government will not rest until we have done everything in our power to reduce violent crime, and to protect innocent life. We will not ever leave your side,” Trump said in his remarks.

The shooter identified as Jarrod Warren Ramos, 38, was today charged with five counts of first-degree murder. Ramos had previously filed a defamation suit against the newspaper in 2012, court records show. Anne Arundel County Deputy Police Chief William Krampf said at a news conference that the shooter used a legally-bought pump-action shotgun to commit the crime and police have found evidence at his home.

The five persons killed in the latest gun rampage are assistant editor Rob Hiaasen, editorial page editor Gerald Fischman, editor and reporter John McNamara, special publications editor Wendi Winters and sales assistant Rebecca Smith, police said. The Committee to Protect Journalists tweeted that before the Maryland shooting, seven journalists had been killed in the US in relation to their work since 1992. Meanwhile, as a precautionary measure, security was tightened outside media offices across the US.