Journalist Jamal Khashoggi’s son arrives in US from Saudi Arabia 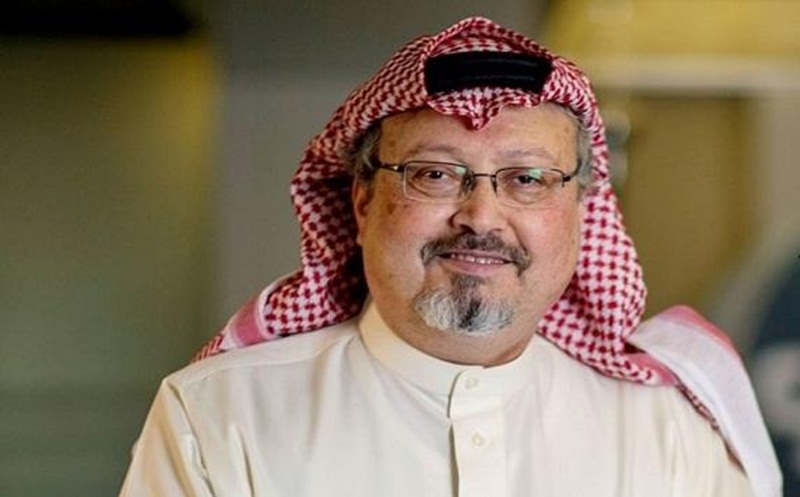 Washington: The son of murdered Saudi Arabian journalist Jamal Khashoggi, has arrived in the US after leaving Riyadh with his family, an informed source told CNN on Thursday. Salah bin Jamal Khashoggi, a dual US-Saudi citizen, had previously been unable to leave Riyadh after his passport was restricted by the Kingdom few months ago.

A State Department spokesman said Secretary of State Mike Pompeo urged the Saudis to release the dead journalist’s son and Deputy spokesman Robert Palladino said the US was “pleased” that he was allowed to leave the country. Salah Khashoggi is the eldest son of The Washington Post columnist who Saudis officials now admit was killed in a pre-meditated murder executed by a squad of men with close ties to the country’s Crown Prince Mohammed bin Salman.

Initially, Saudi Arabia denied all knowledge of Khashoggi’s disappearance inside their consulate in Istanbul on October 2. Saudi officials later announced that they had identified 18 men involved in the operation, leading the State Department to announce it was freezing visas for 21 Saudi nationals.

On Thursday, Palladino said the additional three people targeted by the US belonged to Saudi Arabia’s intelligence services, royal court and a government ministry. On Tuesday, the Crown Prince and his father King Salman bin Abdulaziz  were pictured shaking hands with the Salah at an investment conference in Riyadh, CNN reported.

Salah Khashoggi’s departure came hours after the public prosecutor’s office admitted, based on a report from Turkey, that the killing of the journalist had been planned in advance, adding that those responsible for the crime would be punished. Turkey said it believed a hit squad of Saudi nationals had travelled to Istanbul with the sole purpose of killing Khashoggi, a former member of the Saudi elite who became critical of the current government’s administration in his country.