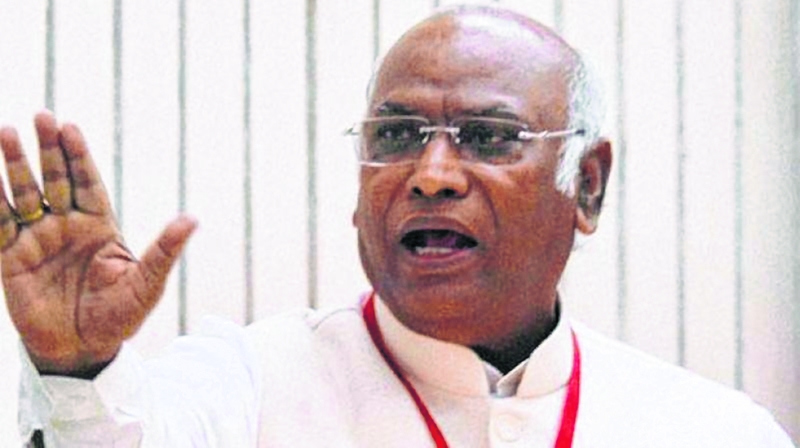 New Delhi: Senior Congress leader Mallikarjun Kharge on Wednesday emphasised that the only way to break the logjam in Parliament was to form a Joint Parliamentary Committee (JPC) on Rafale fighter jet deal the way it was set up in the Bofors and 2G cases, reports ANI.

“We are pressing for the demand of JPC meeting. We want JPC as we will only get to know everything when Parliament members sit and look into files. JPC was formed in Bofors and 2G cases also. If they announce JPC, this (Parliament logjam) will end immediately as we have no other demands,” reiterated Kharge who is also the chairman of Public Accounts Committee (PAC).

Questioning the central government’s application seeking a correction in the apex court’s order, Kharge said: “How can there be a typo? Had it been one word it would have been understandable, the entire paragraph cannot be a typo. Things have come out now and they are making attempts to further hide it.”He also asserted that the court did not cover all the aspects of the deal and the Congress has been demanding for a JPC even before the top court’s order.