John yet to take a call on Hawa Singh, JRD Tata biopics 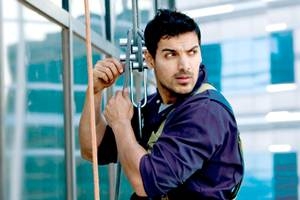 Mumbai: John Abraham has the offer for two potential biopics on boxer Hawa Singh and industrialist JRD Tata, but the actor is yet to take a final call on both the projects.

Captain Hawa Singh was a national heavyweight champion for 11 years and back-to-back Asian Games gold medalist. The biopic aims to bring to the big screen his achievements and struggles. There were reports that the “Rocky Handsome” star will essay the titular role in the biopic and also co-produce it.

“I haven’t signed that yet. I met his family, and the producers. The subject is beautiful. But at the end of the day, I will only sign a film when I read the final draft and if that excites me, I will do it,” John told PTI. “I can only say, I am far from signing it, the story is beautiful but I am yet to read the final draft. If I decide to do it, I may decide to co-produce it,” he added.

The 43-year-old actor is also excited about the biopic on Tata, and considers the film as his dream project. “That’s a dream project for me. That’s something I really want to do. Obviously, right now I am just scratching my head over it because there is so much of information out there, so you have to get it right,” he said.

According to the “Force” actor, it is a big responsibility for him to portray the life of the renowned industrialist on the big screen and wants to get everything correct. “You have to be responsible about such a respectable personality. You need to be really, really careful about it.”

John, who has backed films like “Vicky Donor” and “Madras Cafe”, says his quest to not go ahead with movies till he gets every aspect right has put him in a difficult situation as a producer. “As a producer, I am in a paradoxical situation because I have my co-producers ready to fund films I am doing and they say ‘what’s your problem, we are ready to fund, let’s do it’,” he said.