John Abraham is a team player 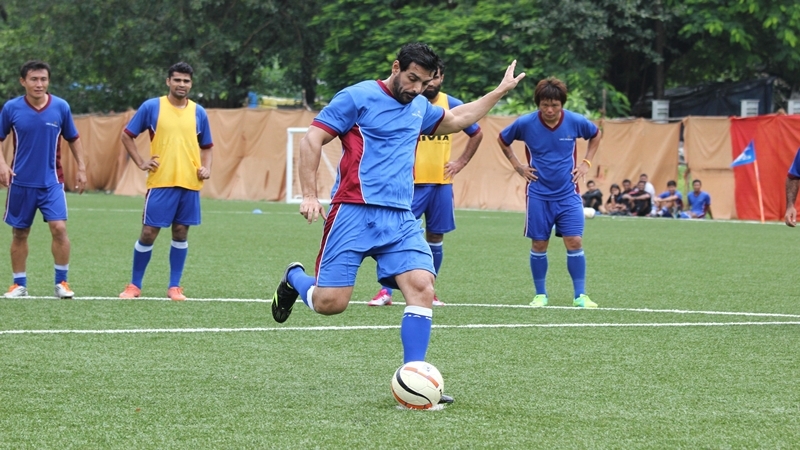 Actor-entrepreneur John Abraham, who is also the owner of North East United (his football team) was recently in Guwahati, Assam to meet with the players and supervise their training. While in Guwahati, John also organized a special screening of his recent release FORCE 2 for the players and the team’s management.

Since the actor was caught up with the promotions of the action-entertainer, he didn’t have the time to meet with the team and immediately flew down to Assam, post the release. He also organized a special screening of Force 2 for them, since his players earlier expressed interest in watching the film.

John has always been extremely passionate about sports, especially football and having sharp foresight placed his bets on a football team from the North East part of the country. He has always maintained a fine balance between his professional commitments and immediately flew to Guwahati to meet his team as he was busy with the promotions of the film. He visits them often to boost their morale and has also roped in a famed Brazilian coach to train them. This time around he surprised the players and the management with a special screening of the film.