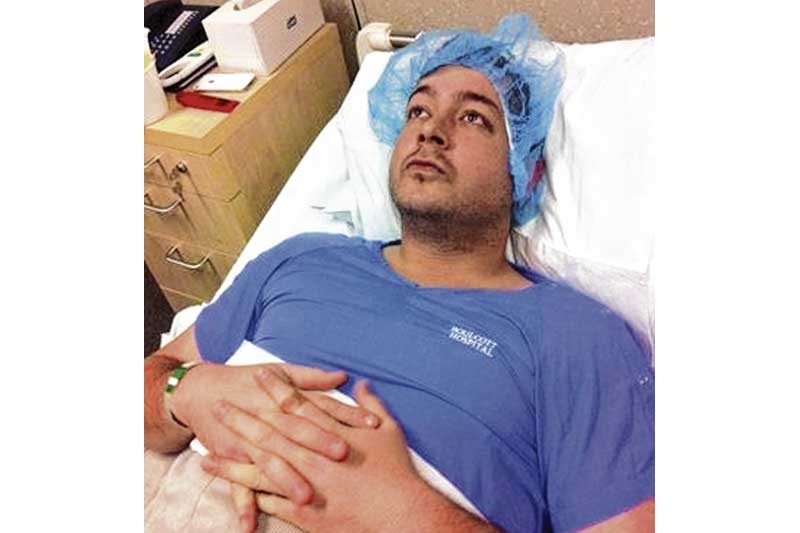 Dubai : Jesse Ryder, at long last, is trying to embrace life after a brush with death, the flashpoint in a long history of off-field battles, including one with the bottle.

Going through an international exile, the 33-year-old New Zealand all-rounder is not bothered about coming out of it anytime soon, as he is “enjoying” life the way it is at the moment.

A little over four years ago, there were serious concerns over his career, concerns over his future and life. Knocked on the ground and put on a 56-hour medically-induced coma after being brutally assaulted outside a Christchurch bar, Ryder has pulled through a fractured skull and a punctured lung.

A year later, another twist awaited, as he was banished from the New Zealand cricket set-up after a late-night drinking session on the eve of a Test match against India.

“I have no plans for international cricket at this stage, just focussing on this (Indoor World Cup) at the moment and then going home. It’s not something I am thinking about at this moment. If it happens, it happens and if it doesn’t, it doesn’t. “Life is good, I am just enjoying what I have been doing,” he reiterated.

Along with his team-mates at the InSportz Club, he looked happy, a far cry from the self-destructive Ryder that he once was.

Ryder is focussed on indoor cricket at the moment, the game he is returning to after a gap of seven years. He has been playing indoor cricket since he was 14.

It took him months of painstaking rehabilitation to recover from the injuries. While another misdemeanour has put the brakes on his New Zealand career, Ryder put together a string of impressive performances for Essex in the county circuit in the summer of 2014 and 2015.

The Indoor Cricket World Cup is in its 10th edition and Ryder is the most high-profile, and the only, big name involved with it. Asked if participation of active players from conventional cricket could help in creating awareness about the sport, Ryder was evasive. “I am not too sure. I know in the past a lot of players that have played outdoor cricket have played indoor. It’s been a while for me, after seven years I am playing indoor. I can’t say about more players from outdoor playing indoors, it’s a personal thing really.”    Ryder said it was nice to get a win in the first game of the tournament. “We have got a great bunch of lads and we just hope to continue winning. It’s a very experienced group. They have probably played more indoor cricket than me, especially in the last few years. They know how to deal with pressure,” he said. Ryder said there were no similarities between indoor and outdoor cricket.

“There are no similarities. It’s a completely different game.”

From 48 One Day internationals, Ryder has scored 1362 runs with three centuries and six half centuries. In Tests too, he has hit three tons and six fifties in 18 matches, scoring 1269 runs.