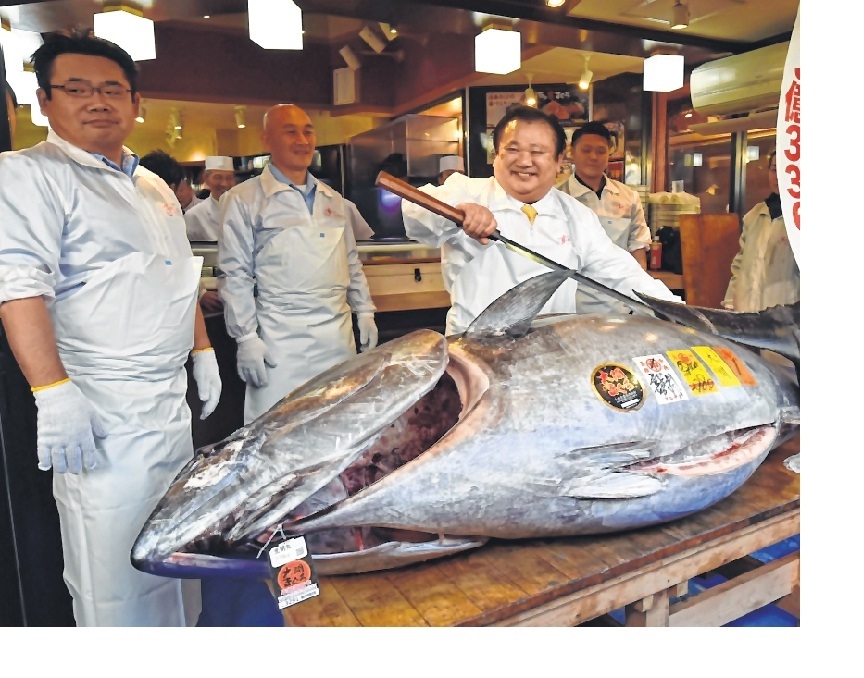 Self-styled “Tuna King” Kiyoshi Kimura paid the top price, which doubled the previous record of 155 million yen also paid by him in 2013. “It’s the best tuna. I was able to buy a delicious, super fresh tuna,” the sushi restaurant chain owner proudly told reporters. “The price was higher than originally thought, but I hope our customers will eat this excellent tuna,” Kimura said after the auction. Tsukiji — the world’s biggest fish market and a popular tourist attraction in an area packed with restaurants and shops — moved in October to Toyosu.