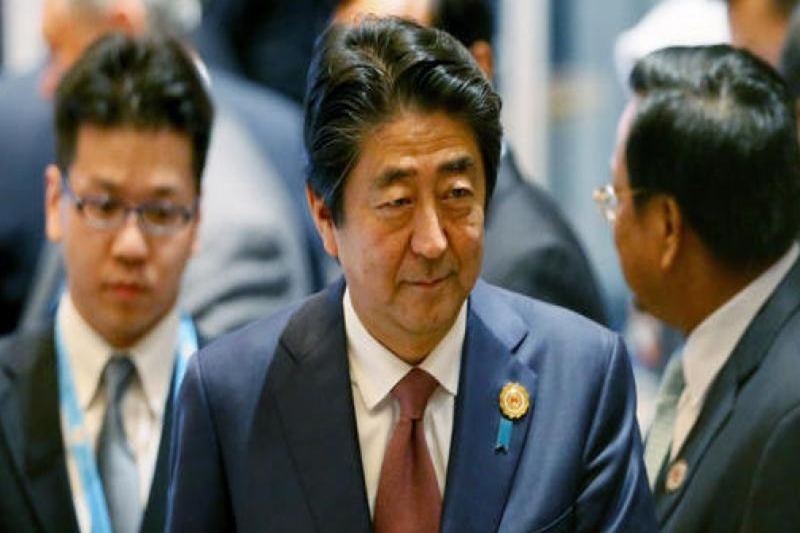 Beijing insists it has sovereign rights to almost all of the strategically vital waters, where the Philippines, Vietnam, Malaysia, Brunei and Taiwan also have claims.

It also has a simmering territorial row with Tokyo over disputed islands in the East China Sea.

“I am seriously concerned with the continuing attempts to change unilaterally the status quo in the East and South China Sea,” Abe said at a regional summit in Laos hosted by the 10-member Association of Southeast Asian Nations (ASEAN).

The gathering in Laos is the first ASEAN meeting since an international court ruled in July that China’s claims to the sea had no legal basis, and that its artificial island building programme in the waters was illegal.

It was a sweeping victory for the Philippines, which filed the case in 2013.

China has ignored the ruling, announcing penalties for “illegal” fishing in the sea and continuing its reclamation activities.

Japan’s dispute with China is over uninhabited islands controlled by Tokyo. They are known as the Senkakus in Japan and as the Diaoyus in China.