Janhvi Kapoor’s first look from the sets of Dhadak out; see pic

Mumbai: Debutant actor Janhvi Kapoor is back to work with ‘Dhadak’. On Thursday, Janhvi and Ishaan Khattar were spotted with team and director Shashank Khaitan in Bandra. The actors will shoot for a couple of more days and will then head to Kolkata for further part.

A source revealed to Mumbai Mirror, “Janhvi and Ishaan will be shooting in Bandra for the next couple of days where they will film some romantic scenes. In the coming week, the duo will head to Kolkata to begin work on the story post-interval, when the lovers elope. They have completed the shoot of the first half which kicked off last December and was shot across Rajasthan and on a set in Mumbai where parts of the state were recreated.” 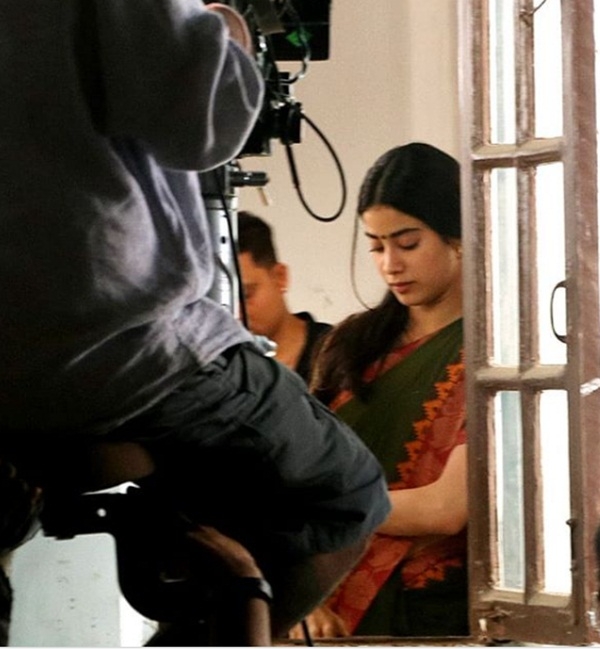 Janhvi’s first picture, which has surfaced from the sets, has her wearing a green saree with a red border. It was rumoured that after her mother Sridevi’s sudden demise she would be going for a long break, but such reports have turned out to be false.

Dhadak, produced by Dharma Productions, is a remake of Marathi blockbuster Sairat, which is based on rural Maharashtra and starred Rinku Rajguru and Akash Thosar. Dhadak is based in Rajasthan.