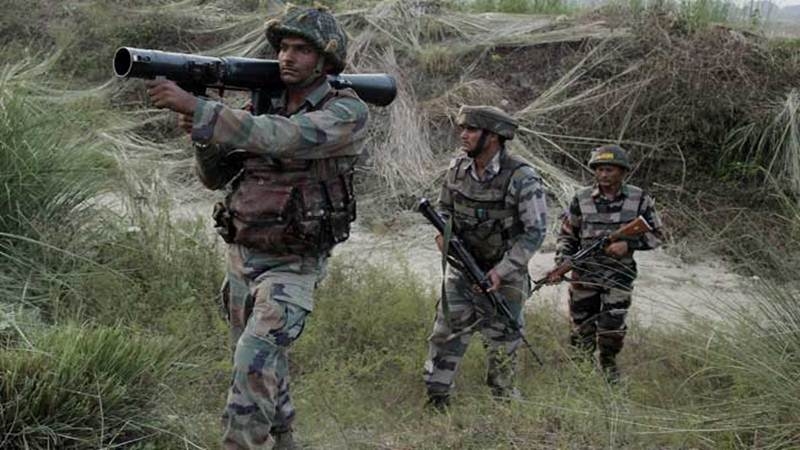 Jammu: An officer of the Border Security Force was injured when a shell fired by Pakistani Rangers exploded near him during overnight ceasefire violation in RS Pura sector along the International Border in Jammu.

In the last 24 hours, ten people mostly women have been injured in the cross border firing in the RS Pura sector. “Assistant Sub Inspector of BSF A K Upadhayay was injured when a shell exploded near him in RS Pura sector. He received splinter injures in his hand”, a BSF Spokesman said.

“Shelling opened up in Sai Kalan also, Arnia also came under shelling from 0130 hours. People were inside their houses, so no human casualty,” Singh said. Singh said though the government has issued an advisory and all the educational institutions near the international border have been closed in the wake of the firing from across the border, people were migrating to safer locations.

“In the wake of the heavy firing border residents are migrating to safer locations, whenever there is lull, they leave their houses to shift to either safe camps or to their relatives houses at safer locations”, Singh said. Those injured in the cross border shelling have been identified as Shakshi (12), Manju Choudhary (15), Veena (26), Soma Devi (40), Kamlesh Kumari (28), Sanjana (10) Ratno Devi (60), Ramesh Kumar all residents of Suchetgarh.