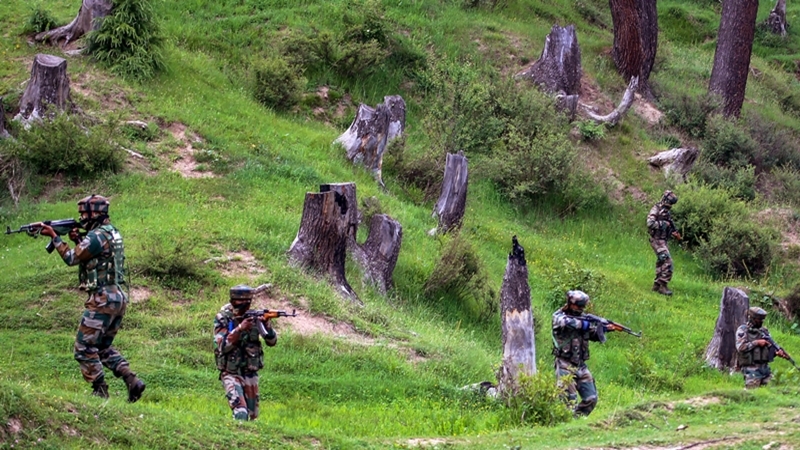 Srinagar: Two militants and an Army jawan were killed during an encounter between ultras and security forces in Sopore area of Baramulla district of Jammu and Kashmir Friday, officials said.

He said the identity and group affiliation of the slain ultras is being ascertained. The defence spokesman said a soldier also lost his life in the gunbattle.

Security forces launched a cordon and search operation in Pazalpora village of Dangiwacha Sopore in the north Kashmir district this morning after receiving specific information about the presence of militants in the area.

The search operation turned into an encounter after the militants fired upon the search party of the forces, who retaliated. The operation is in progress, Col Kalia said, adding further details were awaited.