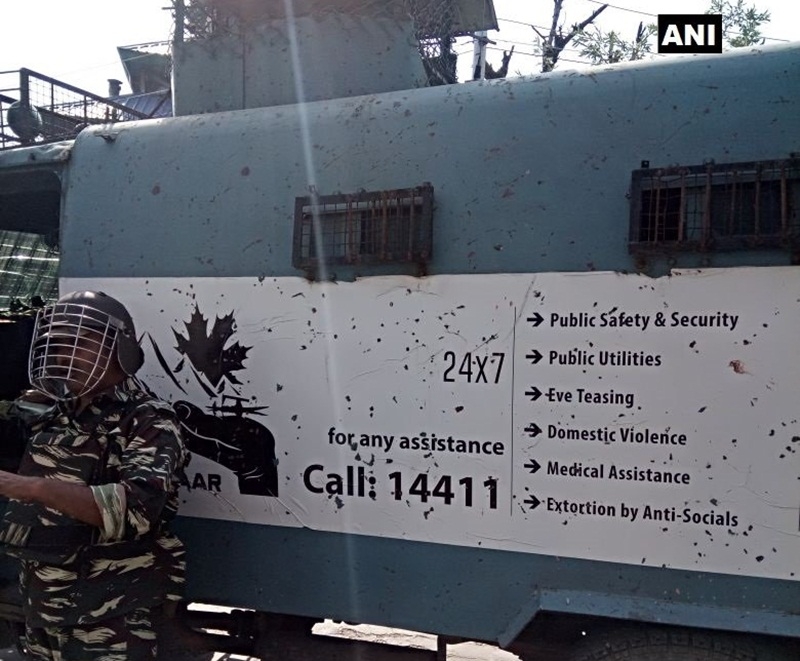 Pulwama (Jammu and Kashmir): Terrorists lobbed grenades and fired upon a Bunker vehicle of the 183 Central Reserve Police Force (CRPF) battalion on Friday, while it was on its way to an Idgah in Jammu and Kashmir’s Pulwama district. No causality has been reported in the matter till now.

The security forces have also recovered three bags containing suspected Improvised Explosive Device (IED) mechanism during a search operation conducted after terrorists fired upon the bunker. Earlier in the day, high alert was issued in Srinagar over the possibility of a Fidayeen and a hit and run attack on security forces and their establishments in next two or three days.

The alert was issued after the intelligence agency confirmed about the infiltration of some terrorists in the region from the across the border. In the wake of the same, the security has been beefed up in the region. Hotels and guest houses are being checked for the presence of any suspicious person. Checking and frisking have also been intensified at all entry points of the state.