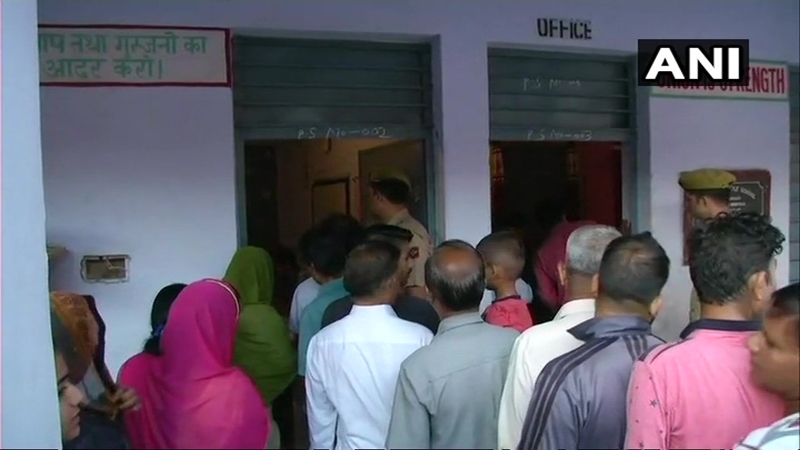 Jammu/Srinagar: While brisk polling continued on Wednesday in the municipal polls in Jammu division, the voting percentage remained in single digit in the Kashmir Valley except for Bandipora district, during the first four hours.

After voting started at 6 a.m., till 10 a.m. Srinagar recorded 0.8 per cent, Kupwara 3, Baramulla 1.1 and Anantnag 0.6 while Bandipora district recorded 14.2 per cent voter turnout. As the two lone candidates were declared elected unopposed in Kulgam and Badgam districts, the poll process in these two districts of the valley ended on Wednesday.

The municipal poll process was now effective only in 11 districts of the state in the second phase — six in Jammu division and five in the Kashmir Valley. Amid high security and a separatist-called boycott, brisk voting was witnessed in all six Jammu districts in the first four hours. Kathua recorded 39.4, Udhampur 30.2, Reasi 35.7, Ramban 35.1, Doda 36.5 and Kishtwar 34.1 per cent voter turnout.

Enthusiastic voters have been queuing up outside the polling stations for the last six hours in Jammu districts. In the valley, it has been exactly the opposite with the percentage remaining as low as it was in the first phase on October 8.

A Bharatiya Janata Party candidate, Azad Singh died of cardiac arrest in Ramban district after casting his vote earlier in the day. A total of 1,029 candidates are in the fray in 263 wards in the Kathua, Udhampur, Kishtwar, Reasi, Doda, Ramban districts of Jammu region; and Anantnag, Kupwara, Srinagar, Baramulla, Bandipora, Badgam and Kulgam districts of the valley.

Mainstream political parties — the National Conference, the Peoples Democratic Party, the Communist Party of India-Marxist (CPI-M), the Democratic Party Nationalist (DPN) and the Peoples Democratic Front (PDF) — have boycotted these elections. Separatists have called for a protest shutdown in areas where voting is scheduled in the valley. Militants have issued threats to the contesting candidates and asked voters to keep away from the poll process that would end at 7 p.m.

Former Chief Minister Omar Abdullah raised questions over the rescheduling of poll timings in Jammu and Kashmir’s second phase of the civic body polls from 7 a.m. to 6 a.m.

“Why are polling booths opening at 6 a.m.? If I believed conspiracy theories I would believe it’s because journalists would not be around to verify the genuineness of voters at that very early hour,” he tweeted.

“Photo Voter Slips were distributed among the voters to inform them of their polling station. Senior government officers have been appointed as General Observers to oversee that the polls are smooth, fair and in order.

“Expenditure Observers are also keeping a watch on the expenditure by the candidates. In addition, Micro Observers have been deployed in polling stations, particularly those considered sensitive or hypersensitive,” the poll official said.

The third phase of the municipal polls would be held on October 13 with the last phase on October 16. Counting of votes would take place on October 20.