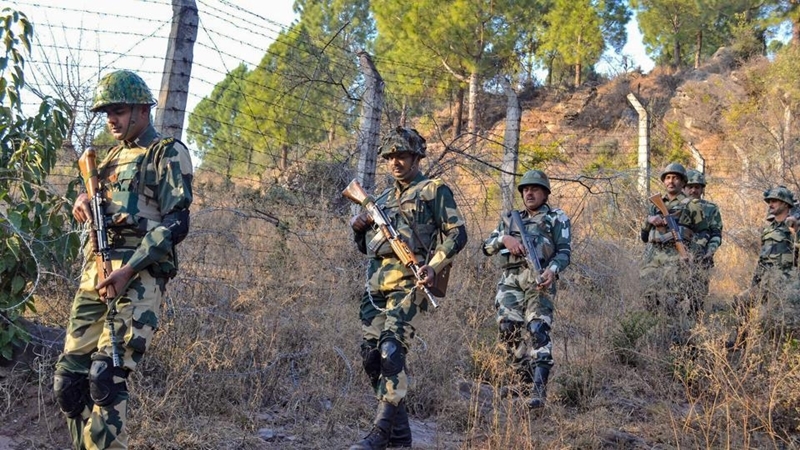 Jammu: A BSF jawan was among two persons injured when Pakistan Rangers opened fire and lobbed mortars at over 15 Border Out Posts and some civilian areas along the International Border in Samba and Kathua districts of Jammu and Kashmir, an official said today.

The firing and mortar shelling along the IB in Samba district started around 2 am, while it started at around 10 PM last night in Kathua’s Hiranagar sector, a senior BSF officer told PTI. BSF troops guarding the borderline retaliated and the exchange of fire was going on when reports last came in, the officer said.

Schools in five km area along the IB have been closed by authorities in the wake of the shelling, officials said.

Giving details, the officer said, “Pakistan Rangers violated the ceasefire and resorted to heavy and unprovoked mortar shelling and firing along the IB on 10 to 15 BoPs in Samba and Kathua districts since last night”.

Authorities have activated safe shelters and other facilities and have alerted police for evacuation in case of an escalation in the exchanges of shelling and firing.

On May 15, a 28-year-old BSF jawan was killed as Pakistani troops violated the ceasefire by opening fire on forward posts to help infiltrators cross the International Border (IB) in Samba sector. Troops also foiled four infiltration bids along the IB since Sunday.

The BSF jawan’s death took the number of persons killed in over 700 incidents of Pakistani shelling along the IB and Line of Control (LoC) in the State to 33, the highest this year. The deceased included 17 security personnel. Prime Minister Narendra Modi is scheduled to visit Jammu and Kashmir on May 19.