Jaipur Literature Festival 2018: A quick guide to the must-attend sessions at the Kumbh Mela of lit fests 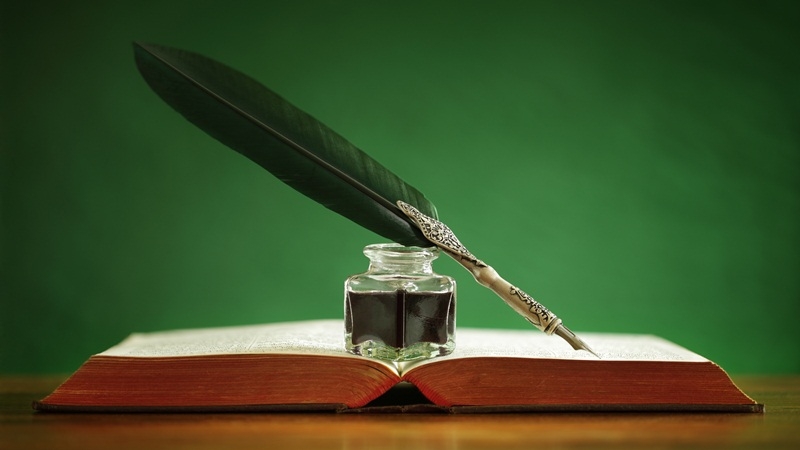 Jaipur Literature Festival 2018, also known as ‘the biggest literary phenomenon in the world’, is all set to lure literature lovers. The five-day festival will start on January 25 and end on January 29. Continuing its tradition, Jaipur Literature Festival will feature over 350 prominent authors, publishers, politicians, journalists and cultural icons from across the globe, along with a spate of new book launches at the Diggi Palace Hotel in Jaipur. The 11th edition includes a line-up of eminent personalities like William Dalrymple, Shashi Tharoor, Michael Ondaatje, Helen Fielding, Hamid Karzai, Kiran Nagarkar, Anurag Kashyap, Rupi Kaur, Tom Stoppard and Vishal Bhardwaj, among others. If you are among the souls still figuring out which session to attend? We decode the JLF 2018 schedule for you.

Biographies Across Borders
Sagarika Ghose author of ‘Indira Gandhi’ and Sheela Reddy, author of ‘Mr & Mrs Jinnah’ will be in conversation with TCA Raghavan, a former Indian High Commissioner to Singapore and Pakistan.
When: 2:30pm – 3:30pm
Where: Amity University Baithak

Book Launch – Padmini: The Spirited Queen of Chittor
‘Padmini: The Spirited Queen of Chittor’ by Mrudula Behari narrates a riveting tale of the famed legend and the political intrigue of the Rajpur court. The book launch by Rima Hooka will have author Mridula Behari in conversation with Swati Chopra.
When: 4.45pm – 5:15pm
Where: Rajen Kilachand Mughal Tent

Celebrating Book Covers
The session shall highlight book covers and celebrate the power of design to forge. Aman Nath, B.N. Goswamy, and Sunandini Banerjee will be in conversation with Alka Pande. The session will be followed by the announcement of the Oxford Book Cover.
When: 5:15pm – 6:15pm
Where: Jaipur Bookmark Haveli

A World Turned Upside Down: India in the 18th Century
B.N. Goswamy, Maya Jasanoff, Uday S. Kulkarni and Yashashwini Chandra in conversation with William Dalrymple.
When: 11:15 am – 12:15 pm
Where: Rajen Kilachand Mughal Tent

Film Screening – Where the Elephant Sleeps
The film ‘Where the elephant sleeps’ by Brigitte Uttar Kornetzky captures the agony and ill-treatment given to the elephants kept in chains and provided an insufficient amount of food, water and other basic items in comparison to the fat income fetched by their owners.
When: 1.40pm – 2.20pm
Where: Amity University Baithak

Revolutionary Poets
The session on Hamlet, Haider and Shakespeare’s ability to speak truth to power will see Preti Taneja and Vishal Bhardwaj.
When: 11:15am – 12:15pm
Where: Cox & Kings Charbagh

The Hit Man
Multi-talented filmmaker Anurag Kashyap will be in conversation with Vani Tripathi Tikoo. Kashyap’s three films have been premiered at the Cannes.
When: 11:15am – 12:15pm
Where: AU Bank Samvad

A Tribute to Gauri Lankesh
Editor of ‘Gauri Lankesh Patrike’, a weekly Kannada tabloid, Gauri Lankesh often voiced her opinions against communal politics and the caste system. On September 5, 2017, she was shot dead after unidentified assailants opened fire outside her residence in Bangalore. The session will be a tribute to Gauri Lankesh, where Chandan Gowda will be in conversation with Kota Neelima and Salil Tripathi.
When: 4.45pm – 5:15pm
Where: Rajen Kilachand Mughal Tent

The Art, Arms and Armour of the Rajputs
Rajasthan has produced some of the greatest art and most beautiful objects in India. Here five experts on the painting, arms, history and material culture of Rajasthan compare notes and ask: what is that makes the art of Rajasthan so immediately distinctive? B.N. Goswamy, Naman P. Ahuja, Rima Hooja, Robert Elgood and Yashashwini Chandra in conversation with William Dalrymple
When: 5:15pm – 6:15pm
Where: Durbar Hall

Manhunt: Pakistan and the Search for Bin Laden
Adrian Levy, Cathy Scott-Clark, Peter Bergen and T.C.A. Raghavan in conversation with Suhasini Haidar.
When: 10:00am – 11am
Where: Cox & Kings Charbagh

The Written World
The session ‘The Written World’ is on the power of stories to shape people, history and civilisation. Martin Puchner will be in conversation with Homi K. Bhabha.
When: 11:15am – 12:15pm
Where: AU Bank Samvad

Book Launch – Pakistan Heritage Cuisine: A Food Story
The book ‘Pakistan Heritage Cuisine – A Food Story’ by Sayeeda Leghari explores how the cuisine of a country is shaped by the history and characteristics of the region and its people. The launch will be done by Dipa Bagai and in conversation are Atul Bagai, Hussain Haroon and Vinod Dua.
When: 1:40pm – 2:20pm
Where: AU Bank Samvad

Andhakar Kaal: Colonialism and its After Effects
Indian politician, a former diplomat and author Shashi Tharoor and Saurabh Dwivedi in conversation with Anant Vijay on colonialism and its after-effects. Andhakar Kaal: British Samrajya Bharat Mein is the Hindi version of An Era of Darkness: The British Empire in India by bestselling author and politician Shashi Tharoor.
When: 1:40pm – 2:20pm
Where: Bank of Baroda Front Lawn

Hindi Medium: Language and Elitism
In the session ‘Hindi Medium: Language and Elitism’ Annie Montaut, Avinash Das, Satyanand Nirupam, Satya Vyas and Vineet Kumar in conversation with Anu Singh Choudhary, will examine the value of Hindi, its position as a common language in a multilingual nation, a language steeped in deep literary traditions as well as one that is familiar within both popular culture and the marketplace.
When: 12:30pm – 1:30pm
Where: Bank of Baroda Front Lawn