It was special, says Jadeja after scoring first international century 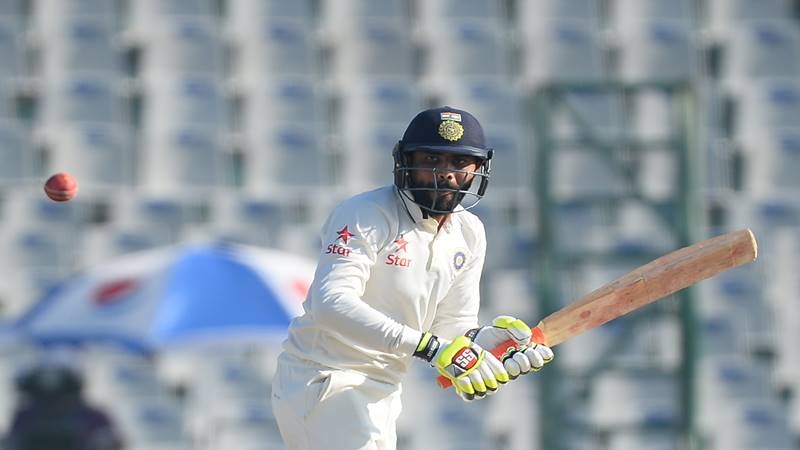 Rajkot: Ravindra Jadeja finally scored his maiden century after almost a decade in international cricket and the Indian all-rounder says being calm in the nervous 90s helped him reach the ‘special’ milestone. Jadeja had scored an 86 and 90 in Tests against England but could never cross the hurdle in the previous 37 Tests in addition to the 140 ODIs he has featured in. Fittingly, he achieved the feat at his home ground and dedicated the innings to his late mother. “It is very special because in the past I had gotten to 80s and 90s but was not able to convert. Today, I was not worried, just did not want to play any loose shot. I kept talking to Umesh and Shami and told myself that I needed to play till I score 100,” said Jadeja after reaching three figures in the final over before tea when India declared at 649-9. His famous sword celebration followed the hundred with his teammates applauding in the dressing room. Jadeja was also in the thick of things during the West Indies innings. It turned out to be a comical incident but it could have easily embarrassed the home hero. A terrible mix-up between Shimron Hetmyer and Sunil Ambris left both of them stranded at one end and Jadeja decided to walk than run to take the bails off. Seeing Jadeja’s cheeky walk, Hetmyer ran to make his ground in desperation, confusing the Indian who suddenly stopped and threw at the stumps. “You saw what happened,” said Jadeja explaining his thinking.

“I saw both batsmen were at the same end and I did not think that Hetmyer would start running in towards the other end in such hot conditions. I was relaxed and so thought I will walk to take the bails off. His effort (run) was good,” added Jadeja, who laughed off the incident. Talking about the last one month when he did well in the only Test he played in England before making an ODI comeback, Jadeja sounded satisfied. “When you are not playing consistently, there is pressure. You want to make every opportunity count. That is what I thought in England also. Batting and bowling in Asia Cup was also good,” he said. “I just try to develop my game with every match. I have not played a lot in 2018. So, you just have to perform whenever you get the opportunity.” Asked why he needs to prove himself even after almost 10 years of international cricket, Jadeja came up with a witty response. “Good you know that I have been playing for 10 years. I must have done something right if I have managed to play for that long,” he said.