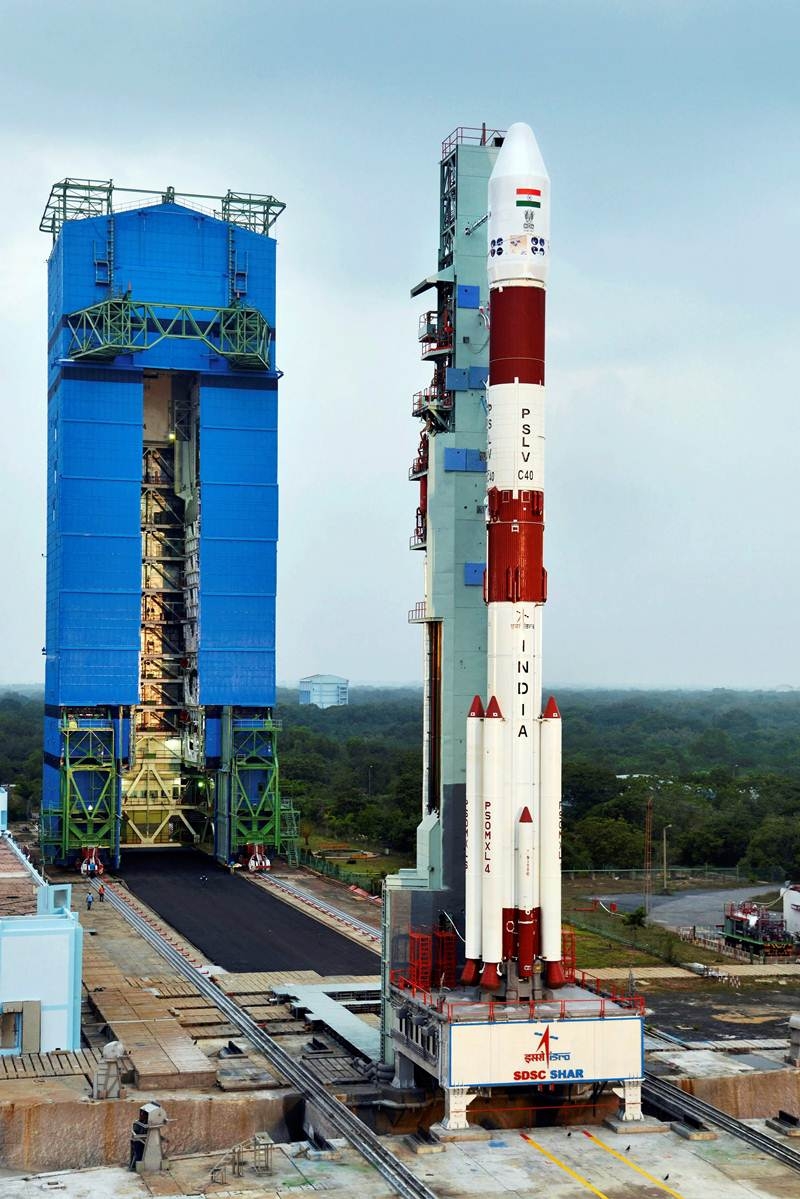 Fully integrated PSLV-C40 with all the 31 Spacecrafts at First Launch Pad, at Sriharikota on Wednesday. ISRO's 100th satellite is set for launch from Satish Dhawan Space Centre, along with 30 others in a single mission. PTI Photo / ISRO |

Sriharikota: India on Friday deployed a remote sensing Cartosat and 30 other satellites, including 28 from six countries, into the Earth’s orbit after a copybook launch of a polar rocket from its spaceport here in Andhra Pradesh.

The four-stage rocket had deployed the Cartosat-2 in the sun synchronous orbit about 17 minutes 33 seconds after its lift-off from the Satish Dhawan Space Centre, Sriharikota High Altitude Range (SDSC-SHAR).

The mission control had fired the engines to restart the fourth stage for lowering the rocket to deploy the micro satellite in its intended orbit.

The first space mission in 2018 on board the PSLV-C40 comes four months after a similar rocket failed to deliver the country’s eighth navigation satellite in the earth’s lower orbit on August 31, 2017.

“We took rigorous measures to ensure that the heat shield issue that prevented the last mission (PSLV-C39) from deploying the satellites would not be repeated,” Kumar asserted.

The rocket carried a total of 31 satellites, among which three were Indian: Cartosat-2, nano satellite and micro satellite. Among the 28 international co-passenger satellites that were deployed into multiple orbits, 19 belong to the US, five to South Korea and one each to Canada, France, the UK and Finland.