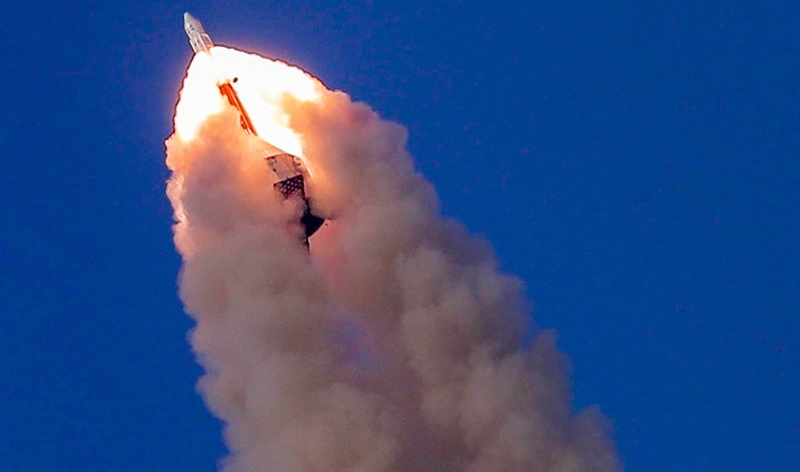 Bengaluru: The Indian Space Research Organisation today successfully carried out a flight test for a newly-designed Crew Escape System, meant for saving lives of astronauts in an exigency.

The space agency said it was the first in a series of tests to ascertain the trustworthiness and efficiency of the Crew Escape System. The system is an emergency measure designed to quickly pull away the crew module along with the astronauts to a safe distance from the launch vehicle if the mission gets aborted.

The first ‘Pad Abort Test’ demonstrated the safe recovery of the crew module in case of any exigency at the launch pad, the Indian Space Research Organisation said in a release. After a smooth five-hour countdown, the Crew Escape System along with the simulated crew module lifted off at 7.00 AM from its pad at the Satish Dhawan Space Centre at Sriharikota today, it said.

The test was over in 259 seconds, during which the Escape System and the module soared skyward, before arching out over the Bay of Bengal and floating back to earth using its parachutes, about 2.9 km from Sriharikota, it added.

The ISRO has already conducted technology demonstrator tests of indigenously made Reusable Launch Vehicle (RLV), capable of launching satellites into orbit around Earth and then re-entering the atmosphere. The ISRO said the crew module reached an altitude of nearly 2.7 km under the power of its seven specifically designed quick-acting solid motors to take it away to a safe distance without exceeding the safe g-levels.

Nearly 300 sensors recorded various mission performance parameters during the test flight, it said, adding that three boats are being readied to retrieve the module as part of the recovery protocol.