‘Isn’t It Romantic’ trailer: Priyanka Chopra in yet another blink-N-miss role in Hollywood rom-com 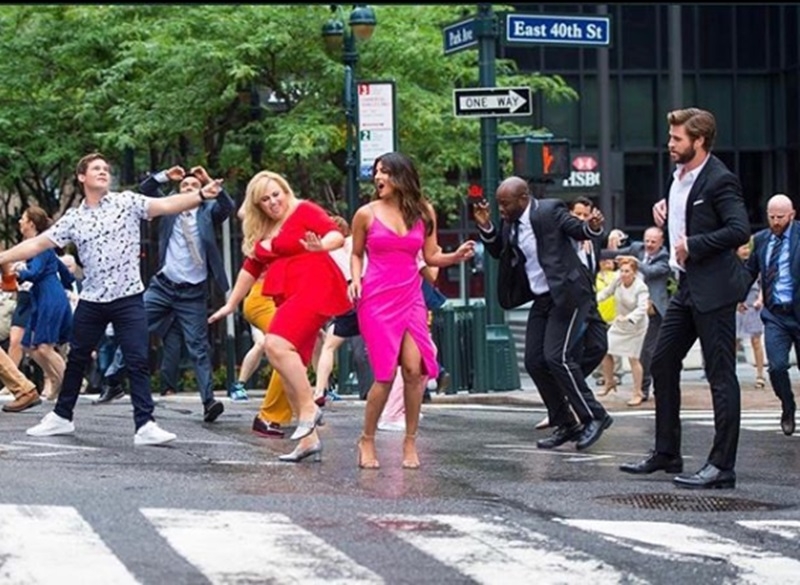 Priyanka Chopra is making her country proud in West. Whether it’s attending mega fashion events, being a part of successful TV series like Quantico or making headlines for her upcoming wedding with Nick Jonas. However, the only complaint we have from our Desi Girl is the screen time which she choose to have in her Hollywood flicks.

Although Priyanka had a decent screen space in Baywatch, the same was not the case with A Kid like Jack where Priyanka was seen for a few seconds. Fans who were disappointed with the former film as they hardly saw PeeCee in the film had many hopes pinned on the upcoming Hollywood flick, Isn’t It Romantic. However, it seems that a big disappointment awaits for Priyanka’s fans yet again as the trailer of Isn’t It Romantic is out and Priyanka has a blink-N-miss role, having screen space in the trailer of just 3 to 4 seconds.

Check out the trailer below

Isn’t It Romantic which is schedule to be released on February 14, 2019, is a romantic comedy where Priyanka plays the role of a Yoga ambassador in the film.