ISl: Mumbai eye first win of the season against Pune in Maha Derby 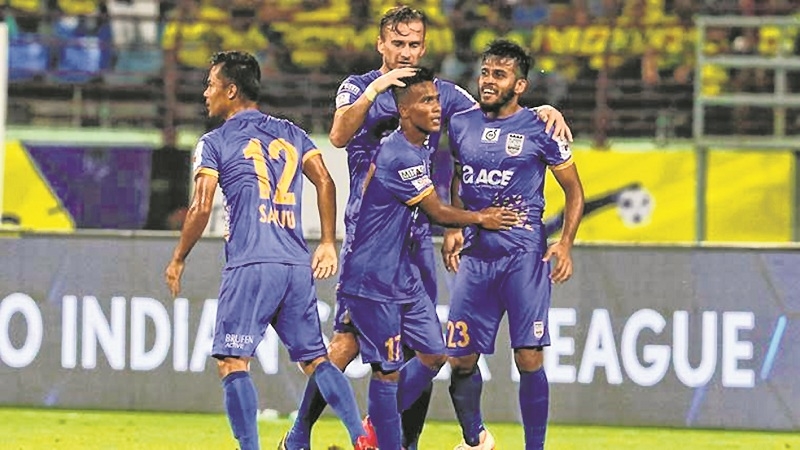 Mumbai :  With a loss and a draw in the first two outings, a struggling Mumbai City FC will be eyeing to record their first win of the season when they take on state rivals FC Pune City in the Indian Super League Friday. Mumbai have started the season in an unimpressive fashion — with a 2-0 loss at home to Jamshedpur FC, followed by an away 1-1 draw against Kerala Blasters. So the ‘Islanders’, coached by Jorge Costa, are expected to come out Friday with all guns blazing. Mumbai will have to improve in all areas, particularly in defence, as they have conceded three goals in the two games so far. Mumbai boast of some of the best players in the League – Paulo Machado (Portugal), Senegal’s Modou Sougou, striker Rafael Bastos (Brazil) and Subhashish Bose.

If Sougou and Bastos play to their potential, they can pose a threat to any side and Pune will be no exception in the ‘Maharashtra Derby’ at the Mumbai Football Arena in suburban Andheri. Mumbai have strengthened their defence with Bose, but that area still remains a concern. They also have Romanian Lucian Goian, Arnold Issoko (Congo), Souvik Ghosh and Anwar Ali to protect the citadel. All of them will have to buckle up against a strong Pune attack. The hosts also missed several opportunities to score in the first two games, and this is another area of concern for the team management.

The coveted ISL crown has eluded Mumbai for the past four seasons and a win will surely boost the side’s confidence going deeper into the tournament. Also, all eyes will be on Amrinder Singh, whose role in keeping a clean sheet will be crucial for Mumbai. On the other hand, Pune, who managed to eke out a 1-1 draw against Delhi Dynamos, will also be targeting their first win of the season. Pune also possess a string of good strikers, along with mid-fielders and defender, and will surely pose a threat to Mumbai in their own backyard. The kick-off is at 7.30 pm.