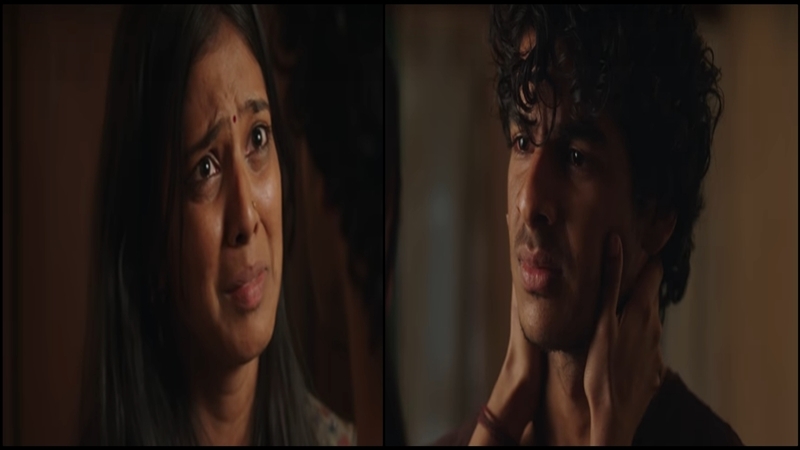 Makers of Ishaan Khatter and Malavika Mohanan‘s upcoming movie ‘Beyond The Clouds‘ have released the new trailer. The new trailer gives sneak-peak into the life of Amir (Ishaan) and Tara (Malavika). Ishaan and Malavika, as siblings are good to watch. The trailer is more performance oriented one. Ishaan is trying to save his sisters who either murders or hurts a man who was trying to take advantage of her but the police caught her and put her behind the bars.

While the first trailer was the introduction of the characters, the new one shows a tale of two siblings, their dream and their struggle to achieve them. In the new trailer, Ishaan impresses a lot as he looks really good. While we see how Malavika ends up in jail. The trailer also shows a third person (Gautam Ghose)’s involvement in Tara’s situation. In the latter part, we see how Amir is forced to give shelter and takes care of Ghose’s family because they are incredibly underprivileged, despite knowing that he is the person to his sister Tara’s adversity. Amir later starts sharing some lite moments with Ghose’ daughters.

‘Beyond The Clouds’ is helmed by Majid Majidi and music is given by Oscar composer AR Rahman. The film will release the world over and in India on April 20.