Is this the end of the road for the Lalu Prasad Yadav in Indian Politics? 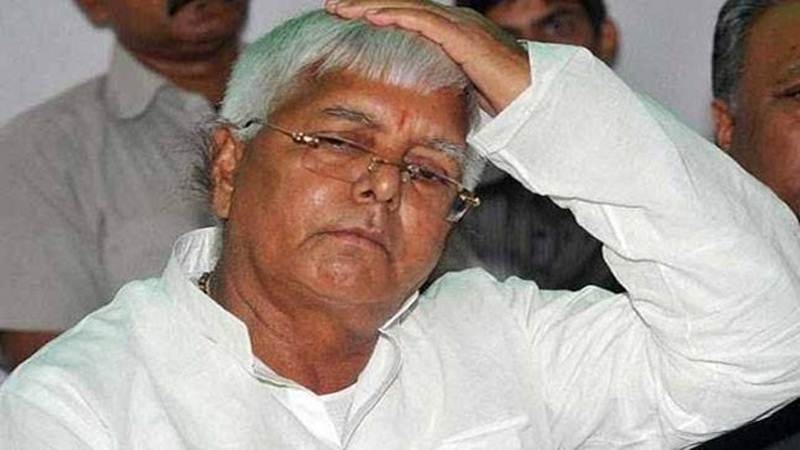 India is world’s largest democracy and also a republic country, which excels in following the people’s mandate and is a throbbing example of a secular country. Last week in the Indian polity has been an exciting one as verdicts in some cases have opened up our democratic structure. First the acquittal of all the accused (ala Raja, Kanimozhi) in the 2G spectrum case by a CBI court and then relief for ex Maharashtra chief minister Ashok Chavan in the Adarsh society housing scam, but the biggest decision was the conviction of former Bihar chief minister and Rashtriya Janata Dal (RJD) strongman Lalu Prasad Yadav in the fodder scam and the quantum of punishment will be announced on January 3, 2018.

What next for Lalu Yadav? Can RJD chief rise like a phoenix? The decision at this juncture looks like a body blow for Yadav, who in recent past was making attempts to gather all anti-BJP forces together to stake a claim for the opposition face and the conviction might prove to be fatal for that plank of action. Lalu Yadav in past had lost the government in Bihar due to allegations of corruption levelled against his family and Nitish Kumar of Janata Dal (United) had pulled the plug for that very reason.

In politics sometimes perception plays the much more important role than reality and Lalu Yadav’s track record when it comes to corruption is not a great one and the recent judgement solidifies Nitish Kumar and BJP in Bihar and paints them as a force, who are fighting corruption in public life. The victories in Gujarat and Himachal Pradesh for the BJP make them a pan India party and the opposition space is shrinking by the day.

It’s a common knowledge that every political party is involved in some sort of corruption and graft charges, but in case of Lalu it has come back to haunt him as he is already out on bail in one of the cases (fodder case) and with the latest conviction it gives opposition further ammunition to nail him on probity and character in public life. To Yadav’s credit he has already groomed his sons in the party (yes, another case of a dynasty) and developed a second rung of leadership to consolidate his grip on RJD.

Lalu Prasad Yadav as a politician has always been a strong force since his early days in the JP movement as a student leader to making his wife Rabri Devi run Bihar as a proxy candidate to taking Indian railways to new highs when he was the union rail minister, Lalu has always battled the odds and come out the other way in most of the challenges. BJP is currently winning state after state and Lalu was emerging as a leader who was fighting the ruling dispensation on various parameters and was also trying to create a front to take the saffron party for the 2019 Lok Sabha elections. The ability of Yadav as a politician has never been in doubt and every time media or his adversaries have tried to write him off, the ex-CM of Bihar has bounced back in style.

They say never write an obituary of a politician because a politician is like a chameleon and you never know what will happen next. The recent judgement has no doubt weakened Lalu Yadav and another comeback will prove to be a tough task for the Bihar strongman as he is disqualified to fight any election under the Supreme Court guidelines and the roadmap for Yadav will only get clear after the quantum of punishment. Politics is a game and currently, Lalu is in the dock, but no one would be willing to write this politician off who might not have been the king but has always played the role of a kingmaker in Delhi’s political circles.