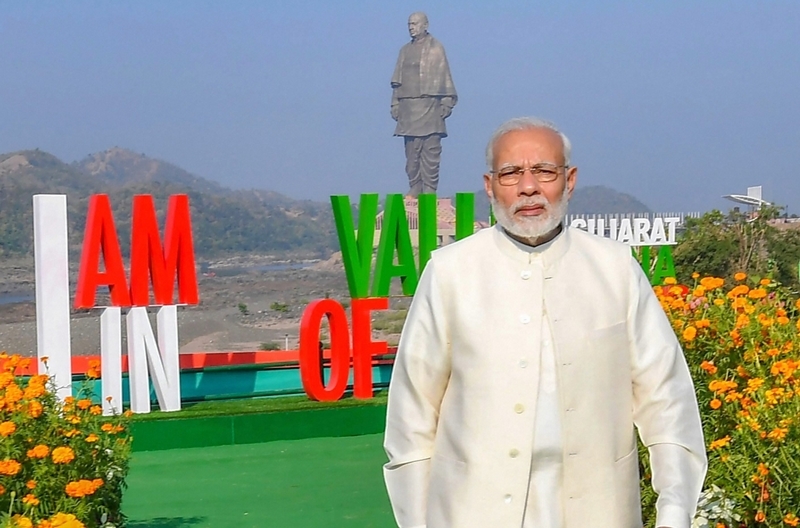 New Delhi: Congress’ social media head Divya Spandana tweeted a controversial comment along with a picture of Prime Minister Narendra Modi standing next to Sardar Patel’s ‘Statue of Unity‘, evoking a sharp reaction from the BJP which slammed it as the “language of arrogance”.

Spandana tweeted a picture of Modi standing next to Sardar Patel’s 182-metre-tall statue in Gujarat, which was unveiled on Wednesday, with the comment: “Is that bird dropping?”

Is that bird dropping? pic.twitter.com/63xPuvfvW3

Asked about the tweet, BJP spokesperson Sambit Patra hit out at the opposition party, alleging that “this is the real culture” of the Congress party. They miss no opportunity to abuse the prime minister of India, he said.

“It is the same party which called the prime minister ‘neech’. Shashi Tharoor called him a scorpion and now Divya Spandana says that he is a bird’s dropping,” Patra said.

“This is nothing but the language of arrogance from the Congress party for the normal Indian who with his sheer hard work become the prime minister of the country,” he said.

A normal Indian appears bird’s dropping to them, while a dynast is power centre for them, Patra said.

“This is arrogance of dynasty which is abusing the democracy of India,” he alleged.

Despite criticism from the ruling party and Twitterati, Spandana remained defiant. “When you’re done huffing & puffing take a breath & hold a mirror to yourselves. My views are mine. I don’t give two hoots about yours. I’m not going to clarify what I meant and what I didn’t cos you don’t deserve one,” she tweeted.