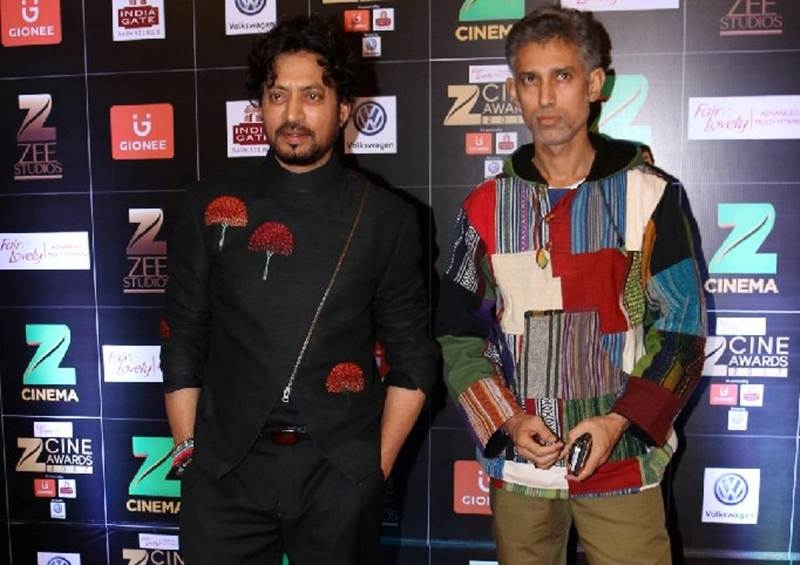 While Hollywood is still grappling with the after effects of the Harvey Weinstein scandal, actor Irrfan Khan points out things are not different in Bollywood as he has also been through such compromising proposals many times during his struggling days.

“It has happened with me a lot of times. It won’t be good to take names but at times, it has been hinted to me and sometimes I have been told clearly that if I compromise, I’ll get the job. But now it doesn’t happen,” says Irrfan.

The actor, however, acknowledged that unfortunately women do face the brunt of such derogatory behaviour and also added that if it happens without mutual consent, it should be condemned. “A person might propose ‘If you sleep with me I’ll give you work’, but you have the power to say no. Such indications are given to both men and women, but women face it more. Yes, if it is happening without consent or forcefully, then it’s extremely saddening. If there is a person who is repeatedly doing these things, he must be exposed. It’s necessary to talk about them,” says Irrfan.

Recently New York Times did a detailed expose of Weinstein’s alleged sexual misconduct. More than 50 women have come forward after the October 5 report.

Irrfan is gearing up for his new movie “Qarib Qarib Singlle” where the audience will be able to see a very unusual romance between him and Parvathy Thiruvoth. Talking about his romantic side, the “Life of Pie” actor said that he is disappointed that Bollywood has not been able to show different kinds of real life romances on screen.

Also Read: Irrfan Khan- No bed of roses this one!

“I want to explore the romantic side of cinema, I like to be romantic on screen. The romantic love stories that have been made here are made in a very singular fashion. Everybody is romantic in a very different but way our cinema doesn’t show that side. All the love that I couldn’t do in my life I want to fulfil them through movies,” jokes Irrfan.

The “Jurassic World” actor was also disheartened with the way writers are treated in Bollywood and credited this behaviour to why Hindi film lack content. “I believe that a writer is a backbone of a film and they should also be paid the maximum. In Hollywood, they know the worth of a writer that is why they are paid so much. That is the main reason why Indian cinema has not been able to match up to it. Now things are changing here as well. First we used to know when a writer has picked a foreign story, you know they did not live those experiences, now you can see writer writing about real stuff that has happened with them,” says Irrfan.