IPL 2018, MI vs KXIP: When you have clear plan, you are able to execute whatever you wanted, say Bumrah 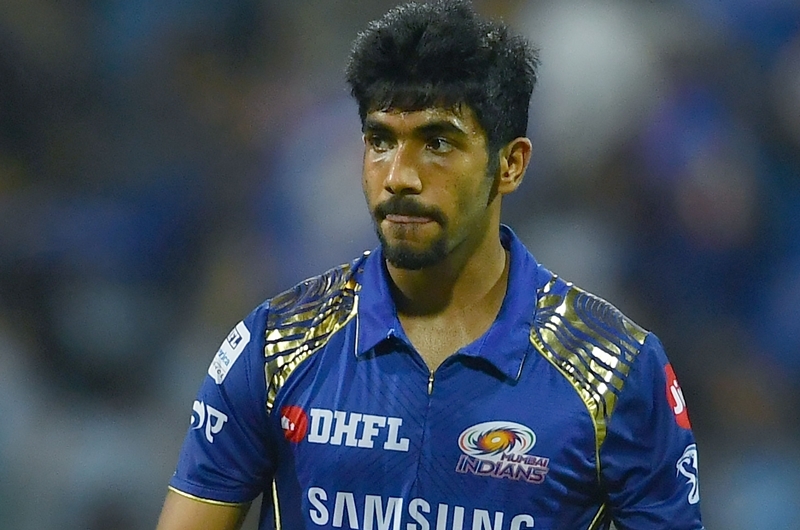 Mumbai: ­­­Having a clear plan for in-form batsmen like Lokesh Rahul and just focusing on executing it did the trick, said Mumbai Indians seamer Jasprit Bumrah after he helped his side beat Kings XI Punjab in an IPL match here. Bumrah snapped up three crucial wickets as defending champions Mumbai Indians kept their play-off hopes alive by notching up a thrilling three-run win here last night.

“To have a clear plan is very important whenever you bowl. I plan and I back myself in whichever situation I’m bowling. I was just focusing on that and it was a good day, so it went well,” Bumrah said at the post-match press conference.

“We already knew he (Rahul) had been batting well throughout the tournament. In the bowlers’ meeting, we usually talk about every player. We were bowling second and I had a chat with (bowling coach) Shane Bond and (mentor Lasith) Malinga that there would be dew,” said Bumrah, who produced a brilliant bowling display to take 3 for 15.

Man-of-the-match Bumrah’s most important scalp was that of Rahul (94 off 64), who was poised to guide KXIP to victory, by having the opener caught at long-off in the penultimate over when 20 runs were needed.

“I was not focusing on who was scared and who was not scared. I was just focusing on what I had to do. On a good day, when you have a clear plan, you are able to execute whatever you wanted. So it worked for me. On some days, it doesn’t work,” he said.

Bumrah was referring to the 111-run second-wicket partnership between Rahul and Aaron Finch (46 in 35 balls) that was threatening to take KXIP home before the India pace bowler his side the crucial breakthrough. Finch was also dismissed with another catch in the deep.

On MI’s spectacular comeback into the reckoning after a poor beginning in the first half of the tournament, Bumrah said they were closing out games which they had failed to do earlier in the season.

“It looks a fairy tale. It looks easy, in the last moment we come and do (the job), but is not always like that. It is difficult. We were not able to close off games. Now after the halfway stage we were able to close games, so that is the thing we were focusing on,” said the bowler who had started the tournament on a sedate note but has picked up pace now.

Purple cap holder KXIP bowler with 24 scalps to his credit, Andrew Tye was disappointed with the defeat and conceded his team has been propped up by only a few players in both batting and bowling. He, however, complimented MI’s brilliant fielding effort.

“It’s disappointing we did not win against Mumbai. It was probably about the par score (186 by MI) on that wicket. We had the firepower to chase it down but we could not do it. Doesn’t really matter if I take 4-16 or someone else does. It means obviously someone else has let you down and it’s not a whole team effort. That is something that we’ve struggled for a lot this IPL,” said Tye.

“We haven’t had enough boys standing up other than KL with the bat or myself and Mujeeb (ur Rahman) with the ball. So, fair credit to Mumbai. I feel they won the game with their fielding. In a close match like that, they made a couple of really good saves on the boundary, chased a couple of balls down and that makes a difference when you lose the match by about five runs,” he added.

He also pointed out that Rahul was the only batsman to have scored a fifty after a lengthy break for the team.

“In the first few games, we had KL, (Chris) Gayle, Karun (Nair) who’d scored half-centuries or a century. But since the break, KL is the only batsman who’s gone past fifty. As good as our bowling attack is, we have not been putting up complete performance as a team with both bat and ball and that sums up why we have not won games lately,” he said.