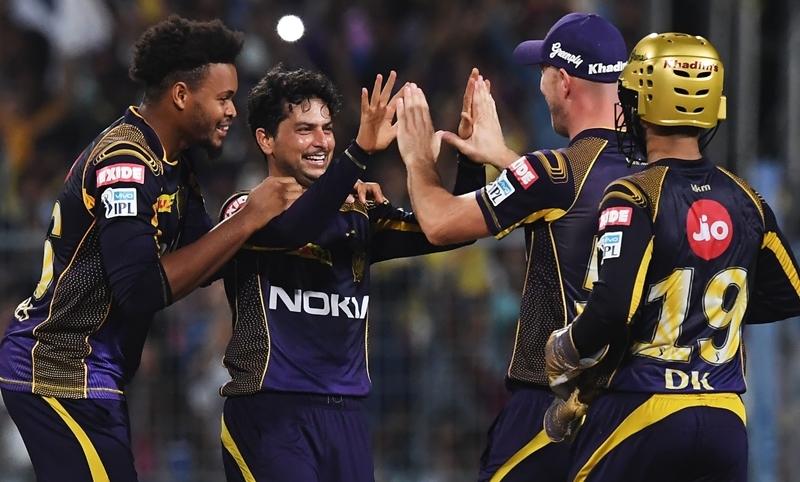 Kolkata Knight Riders registered two consecutive wins to stay in the contention for the playoffs berth. The players enjoy themselves not only on field but off field as well. In a funny video, KKR players like skipper Dinesh Karthik, opener Chris Lynn, Piyush Chawla and rest tried their best while enacting Shah Rukh Khan’s famous dialogues.

In a funny video, Aussie cricketer Chris Lynn who doesn’t speak Hindi enacts Shah Rukh’s dialogues from ‘Raees’ and said, “Battery nahi bolne ka!” Meanwhile, SRK quickly responded to the video in his unusual manner and jokingly said, cricketers should leave acting to him. Shah Rukh in a tweet said, “As much as I love my team, here’s the deal. I leave the cricket to u & u leave the acting to me!! Ha ha.”

As much as I love my team, here’s the deal. I leave the cricket to u & u leave the acting to me!! Ha ha https://t.co/lJ15cgEYxZ

Talking about the match, as the four other teams are also fighting for the playoff spot, KKR needs to win their final encounter to fix their berth.