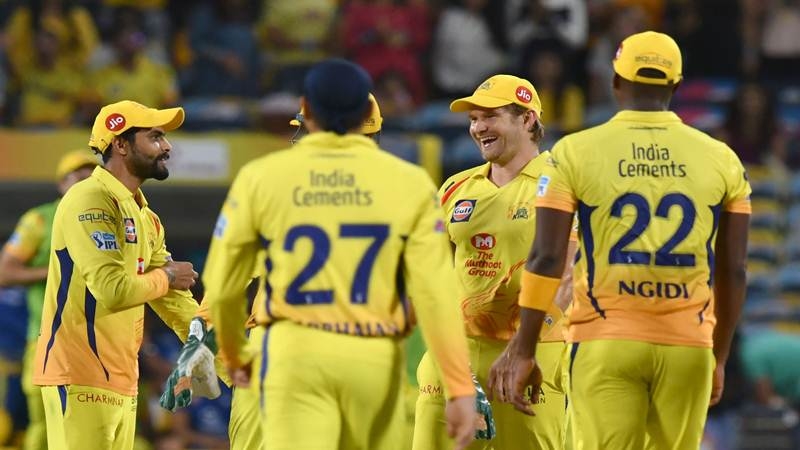 New Delhi: A formidable Chennai Super Kings will be aiming to tie up loose ends ahead of the playoffs when they take on a listless Delhi Daredevils in a rare dead rubber of the Indian Premier League here tomorrow.

With CSK comfortably qualifying for the playoffs, the Mahendra Singh Dhoni-led squad is eyeing the top spot on the points table alongside Sunrisers Hyderabad, whom they defeated comprehensively in their previous game.

The consistency CSK have shown in the tournament after missing out in the previous two seasons is commendable and it seems they were never out of action. They have been solid even against the mighty Sunrisers, who arguably have the best bowling attack in the tournament. Also, CSK adjusted well in Pune, their forced home ground after games were moved out of Chennai due to the Cauvery water dispute between Tamil Nadu and Karnataka.

Their opening combination of Ambati Rayudu and Shane Watson has worked brilliantly while chasing big totals as well as setting them. Rayudu, with 535 runs at 48.63 average, has been their standout player which was acknowledged by Dhoni after the opener smashed an unbeaten 100 against Sunrisers. Be it opening the batting or in the middle order, Rayudu has delivered for the team.

“Even before IPL started I had to make space for Rayudu, because he is somebody I rate very highly. He can play both the fast bowlers and spinners very well. Most teams look to exploit the opener with spin bowling. He is someone who does not look like a big hitter but almost clears the field every time he plays the big shot,” said Dhoni after the game against Sunrisers.

Dhoni himself has turned back the clock with his clean hitting, helping him amass 413 runs at 103.25. Watson too has been exceptional with 424 runs at 35.33.

The bowling has not stood out individually but has done the job as a unit. Shardul Thakur has been their leading wicket-taker with 11 scalps, followed by Dwayne Bravo, who has picked up nine. The experienced spin duo of Harbhajan Singh and Ravindra Jadeja have been effective at keeping things tight.

CSK will get to fine-tune their game against Daredevils, a team which has been below par yet again. Getting the legendary Ricky Ponting on board as coach and a change in captaincy in the middle of the tournament too has not helped the struggling side.

They have had the much-needed break of five days and will be fresh going into tomorrow’s game. They are playing for pride and would like to be on the winning side in their remaining two games.

The management handed out IPL debuts to Sandeep Lamichhane, Abhishek Sharma and Junior Dala in the previous game against RCB.

Nepal spinner Lamichhane impressed and even opened the bowling. India U-19 star Sharma too took most by surprise with his big hitting, hammering an unbeaten 46 off 19 balls. South African pacer Dala though disappointed as he went wicketless in three overs conceding 34 runs.

The trio is expected to get another opportunity to prove their worth and it will not be surprising if a couple of other players on the sidelines get a look in.