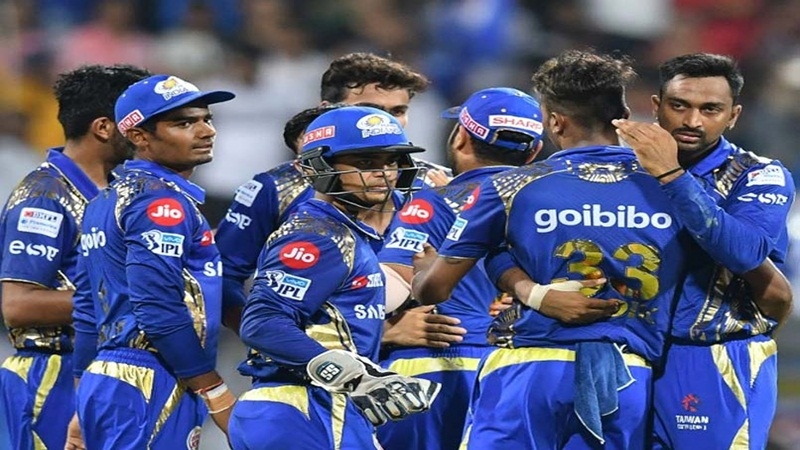 In an exciting match, Mumbai Indians (MI) defeated the Kings XI Punjab (KXIP) by 3 runs at Wankhede Stadium yesterday. While MI have lost few matches due to a bad last over in this league, yesterday was a match where MI won the match due to a good last over. Kieron Pollard scored a half century for MI and helped to put a high score of 186/8 at the end. In response, KXIP’s opener KL Rahul scored 94 in just 60 balls to chase the big target set by the MI. However, things fell apart in the last over and KXIP lost the match by just 3 runs.

When Mumbai Indians lost their 4th wicket at the score of 71, it was felt that they will not be able put a big score and they will lose some wickets soon and succumb to Kings XI Punjab’s bowlers. However, the situation came out to be positive for Mumbai Indians as their batsmen kept their confidence and scored 186 in the end after losing 8 wickets.

Often, Mumbai Indian face a big blow if their captain Rohit Sharma fails to perform in a match. Yesterday too, Rohit Sharma could not bat well and he got dismissed by Ankit Rajpoot. He was able to score just 6 runs in 10 balls. At that time, Pollard came to rescue his team and smashed a half-century in just 23 balls and wiped out the fear of low total for the team.

Chris Gayle is considered a big asset for KXIP. He is the one who can do any impossible thing on the field owing to his mighty strength of hitting the ball. Yesterday, it was important for Gayle to support his team as it was a very important match for entering playoffs and also the target was quite big. But, Gayle followed his poor form and he could not perform brilliantly and got out in the 4th over at the personal score of 18 runs.

If MS Dhoni is considered as a best wicketkeeper finisher in the world, KL Rahul can be considered as the most amazing wicketkeeper opener of the IPL. KL Rahul, who is on a high note in his batting from the start of the IPL 2018 league, was the most promising batsman yesterday when he scored 94. After the dismissal of Chris Gayle, he took the responsibility of his team and took them as close to the victory as he could. Unfortunately, things did not happen as planned in the end and KXIP lost the match by just 3 runs in the last over.

The last over turning the match in Mumbai’s favour

Mitchell McClenaghan changed the course of the match in the last over. KXIP played amazingly while chasing the target of 186 and they needed 17 runs off the last over. Considering the way in which KXIP batted, it was believed that they will take the victory in their hands in the last over. Also, they had 6 wickets in hand at the start of the last over with Yuvraj Singh and Axar Patel on the crease.

So it was felt that both will hit some big shots and win the match. However, the twist occurred in the first 3 balls itself. There was only one run scored on the first ball, while Yuvraj missed the second one and got out on the third. The fate of the match was almost set in the first three balls itself and Mumbai took the match in their favour at the end with 3 runs.