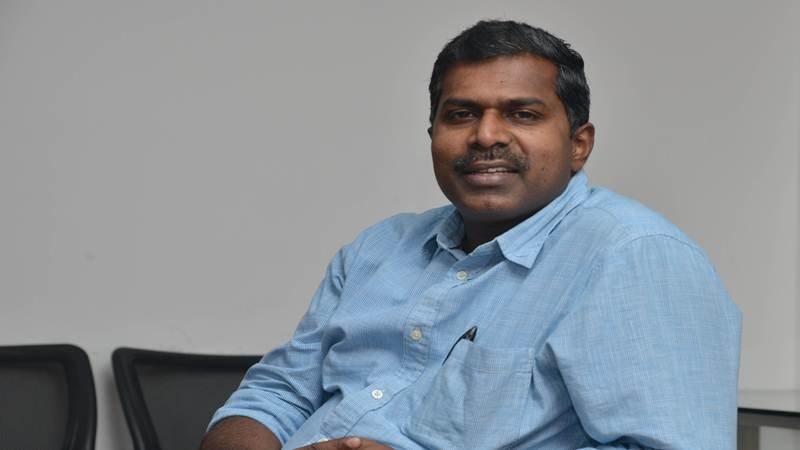 When it comes to exposing corruption, either at national or international levels, investigative journalists have an important role to play. They uncover otherwise unknown stories that enable common people to stay informed and take action by holding their government leaders and corporate entities accountable.

Josy Joseph, an award-winning investigative journalist, National Security Editor of The Hindu, whose work has sparked several debates on the functioning of the government in high-profile cases like the Adarsh building scam, Naval War Room Leak case, several aspects of the Commonwealth Games scandal, and the 2G spectrum allocation scam. He has extensively covered corruption at all levels. He is the author of best-seller ‘Feast of Vultures – The Hidden Business of Democracy in India’, which has been described as a thriller that will send chills down your spine. He speaks about the different facets of investigative journalism…

Media houses have become corrupt. Journalists have become slaves of EMIs and loans because as soon as one gets a job they buy a home and car.

Q- What motivated you to write the book ‘A Feast of Vultures’?

In my career span of 20 years as an investigative journalist, there had been many instances when my stories were censored. Also in the newsroom, there was a lot of distortion of the facts, and as a result the main issue and the culprits were not exposed. As a result, the common person did not know the truth behind the scenes.

I wanted to tell all those stories without any censorship in an readable format. The stories of deceit, corruption and favouritism  which were being discussed only behind closed doors are now accessible to everyone. When I started writing the book I was clear everything would be in black and white.

Q- What is the biggest danger about being an investigative journalist?

I feel it is the probability of being misled and manipulated when someone is giving you information. The reason behind this is that you have access to media, which is a strong pillar of democracy and your byline is going to make a major difference to the story. Many a times, it is our close acquaintances who give us an opportunity to do a big story which is for their own benefit. Here you have to draw a clear line.

Also, many times you get information where your family or friends are involved in some wrong dealings. This is the time you have to take a call as a journalist and keep self-interest aside. I faced this situation when I came to know about former Defence Minister AK Antony’s involvement in the Rs 10,000 crore missile deal. I had family relations with him, but I went ahead and exposed the deal.

Q- How to handle difficult situations?

Over the years, I have received dozens of notices from some of India’s biggest corporates and most powerful people. For publishing a secret audit report that accused Delhi’s electricity distribution companies of massive financial irregularities, one of them served a notice demanding compensation worth almost a billion dollars. A former army chief would shoot off defamation notices every time I wrote something critical of him. But I normally don’t get upset in these kind of situations, preferring instead to remain silent.

Q- What do we lag in mainstream journalism?

In mainstream organisations, the key issue of concern is that we are not upholding our journalistic values. Media houses have become corrupt. Journalists have become slaves of EMIs and loans because as soon as one gets a job they buy a home and car. So they put a self-censorship on themselves by earning to repay that amount. Also, even media houses are not investing in investigative journalists as they all have their own business interests.

Q- Were you able to investigate all the aspects of scams without access to official state documents in many cases?

In India, we don’t have the problem of not getting the documents, but we get overloaded with information and then we have to be selective and pick up important documents. Then I do the filtering process by doing a factual check of the documents from different primary and secondary sources related to the story.

Q- When it comes to exposing corruption, investigative journalists have an important role to play. Please comment.

If you are an investigative journalist, it does not mean you get the right to use your byline to manipulate events or situations to destroy a person. As a reporter you should be loyal to facts and expose the truth. We should not forget our duty and responsibility towards society. Some of us will have to stand up and fight, and be firm about values. It is only when we stand up that things will change. We should uphold our personal values in all these cases.

Q- Some people say that you can never clean corruption from the system because it touches every aspect of life, from politics to economics. To what extent is this statement true?

India is not facing this unique situation where politics and economics are being manipulated for personal gains. Scams and scandals happen in countries like the US too. India is a far more vibrant society and we are gradually moving towards being a more responsible society.