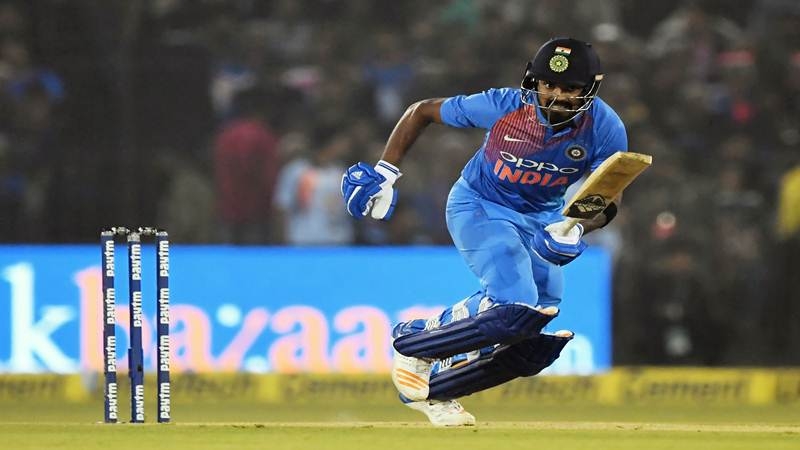 Cuttack: There is no denying the fact that MS Dhoni is at the fag end of his career but opener K L Rahul said the former skipper is still a match-winner for India and continues to be an inspiration in the dressing room. Promoted to the no.4 position, Dhoni made an unbeaten 39off 22 deliveries before affecting four dismissals behind the stumps to help India record a massive 93-run win over Sri Lanka in the first T20 International last night. Dhoni, thus, became the player with most dismissal in the shortest format of the game.

With 201 dismissals in 272matches, the former captain has become the second wicketkeeper after Kamran Akmal (207 in 211 matches) to complete 200dismissals or more in Twenty20 Internationals. “I see him (Dhoni) as motivated in the dressing room as I always have. He’s somebody we look up to, he’s a match winner and he will always be one,” Rahul said at the post-match news conference last night. “He is in great shape, and he almost killed me as soon as he came into bat,” he added with a smile referring to a brutal shot by Dhoni to get off the mark yesterday.

After Rahul left the job unfinished getting out for 61,Dhoni played the finisher’s role to perfection with a 22-ball39 not out with four boundaries and a six to lift India to 180for 3. The target was way too many for Sri Lanka as they slumped to their sixth consecutive T20 defeat in their 100thappearance in the shortest format of the game. “I don’t know what form you are talking about but everytime I switch on the TV, or play with him in the dressing room, he always seems to get runs,” Rahul said strongly backing Dhoni. Besides his good show with the bat, Dhoni also accounted for two catches and two stumpings to surpass South African great AB de Villiers in the record for most dismissals inT20Is.

In his last outing at the Barabati Stadium here, an ODI against England in January this year, Dhoni had smashed a 122-ball 134 in India’s mammoth 381 for six en route to a 15-run victory. “The last time he was here he got a massive hundred. He’sbeen contributing really well in every game,” Rahul said about his senior teammate. Making a return after being dropped in the ODI series, Rahul top-scored for India to grab the opportunity in the absence of regular opener Shikhar Dhawan. “Every innings is important.

With the kind of competition in the team whatever opportunity you get you need to go out there and make it count,” the 25-year-old said. Boasting of a century in all formats of international cricket, Rahul said it took him a while to realise he needed to stay true to his game to be successful. “It took me a long time to realise that I need to stay true to my game. I’ve been successful when I have kept things simple — playing cricketing shots that I’m blessed with or I am good at playing,” he said.

“It did take me a long time but once I realised that I knew with my game I can still be successful in T20Is. Every player needs that one or two innings to get the confidence in whatever format to realise that he’s good enough to be successful in whatever conditions, or at whatever level. “Once I got that, I tried harder and wanted to be more consistent. That’s the key for a player. I try to keep things simple and I’m very happy that it came off today,” Rahul added.

Rahul was cleaned up by Thisara Perera who deceived him with a slower one and the Indian batsman attributed it to a wrong shot selection. “It was not premeditated. We had to step up, it was 15thover. I was the set batsman, I had to accelerate and take some chances. Unfortunately, it was a wrong shot that did not come off,” he said. “Maybe the next time I play the shot it goes for a six.It was the last half of the innings so I had to take some risks, sometime it comes off,” Rahul added.