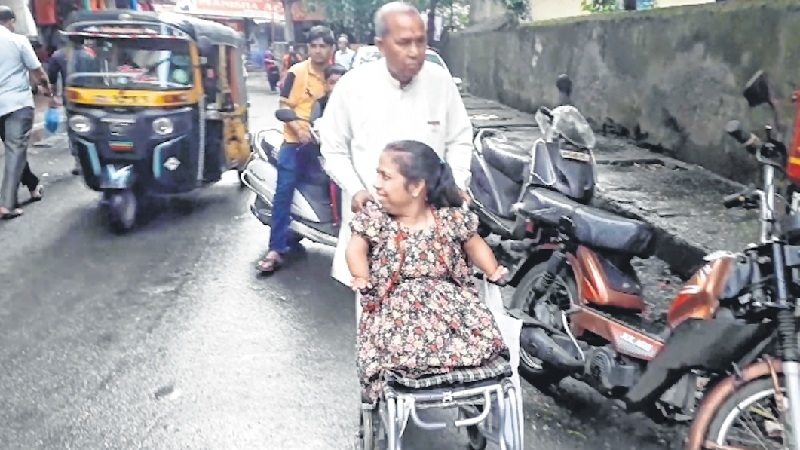 Bhayandar: With an aim of giving them an opportunity to become self-reliant and command a respectable position in the society, the state and central government authorities have floated various schemes to ensure the welfare of the physically challenged citizens. Awarding permissions to set up stalls/ kiosks through local self-governing bodies is one of them. However, in the twin-city such welfare schemes are lying crippled owing to the sheer apathy and insensitive approach of the Mira Bhayandar Municipal Corporation (MBMC).

One such physically challenged woman, Laxmi Rastogi (42), is running from pillar-to-post for the past more than six months to secure permission to reinstall her stall located in the Jesal Park area of Bhayandar (east) which was mercilessly demolished by the civic administration citing non-payment of taxes as the reason for the action. This despite of the fact that several such stalls are being illegally run and also leased out by fake beneficiaries’.

Interestingly, Rastogi’s stall was in existence since 1991. “I am the lone bread winner of the family with aged parents to look after. Despite clearing all the dues, nobody is cared to look into my woes. The place where my stall and only source of income was located is now occupied by hawkers,” laments

Rastogi who though aged 42 years is less than 2 feet in height. An official attached to MBMC’s license department said, “A survey of all stalls was underway. This particular case was under consideration and a decision will be taken soon.”  Rastogi is not alone several physically challenged people have been deprived of the welfare schemes.